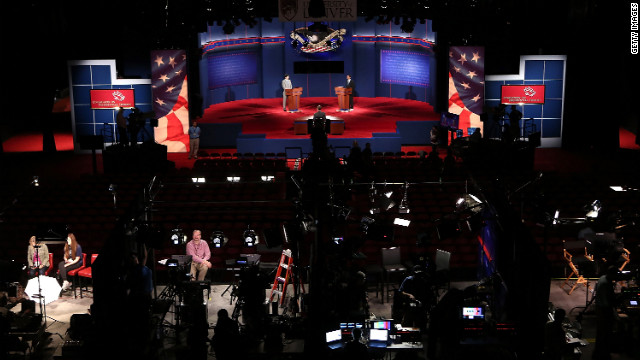 5 things to watch in tonight's debate

While Obama holds a lead in several key battleground states, the race nationally has been locked in a dead heat for months. The debate offers an opportunity for Obama or Romney to gain some momentum and break the logjam.

Here are five things to watch for on Wednesday:

The first and most important test for the president and Romney in this opening debate is to act like they belong in the job.

We've heard a lot of bickering on the campaign trail, and there's plenty of talk that zingers could decide who wins or loses the showdown in Denver. But to most Americans, this debate is really about which candidate has the composure and stature to serve in the Oval Office.