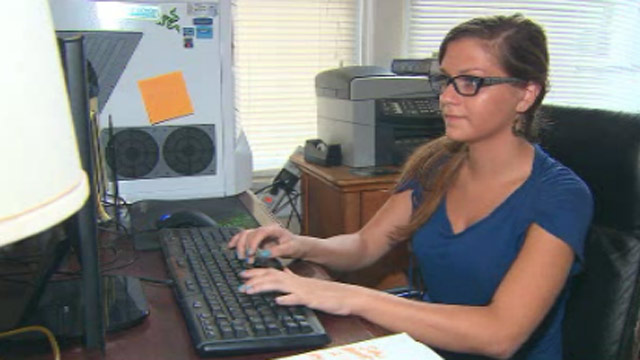 Savannah Dietrich was 16 when she was sexually assaulted by two teenage boys as she lay unconscious on the kitchen floor in a Louisville, Kentucky home. They had been drinking with other friends before the incident. When she woke up, she knew something had happened, but it would be months before she knew how they had taken advantage of her, that they had photographed the assault on their cell phones.

Court transcripts show the teens admitted to the crime. One said “...we put our fingers in her...cause we thought it would be funny...” The second boy told a detective he thought Savannah was fine with it because she didn’t tell them to stop. Accused of felony sexual assault and misdemeanor voyeurism, both pleaded guilty.

When the prosecutor offered them a plea bargain, Savannah and her parents were surprised. They had never agreed to that and thought the punishment was too lenient for the crime. The boys would get 50 hours of volunteer work and a diversion program, which if completed, their criminal records would be erased.

Savannah’s personal attorney called it “highly unprecedented” that this type of conviction would disappear from someone’s record. He believes the mild sentence is a result of the prosecutor’s connection to the boys. Hear from him in tonight’s report.

Not only was the plea bargain upsetting to Savannah, but she says the prosecutor had told her jail was for “real rapists,” which he denies. In an affidavit, he accused her of being delusional and slammed her character.

Feeling frustrated by the plea deal and a judge’s warning to be quiet about the case, she took to Twitter and tweeted the names of the two boys. For outing them, she was threatened with contempt of court and jail time; the motion was later dropped.

Now the victim and the convicted are awaiting the judge’s decision about whether the punishment will stand. They were all in court together today when Savannah appealed to the judge for harsher sentences and directly addressed the boys.

"They had to wait until my eyes were closed to actually do this to me, but now they have to look in my eyes and see the full extent of what they've done," said Savannah.