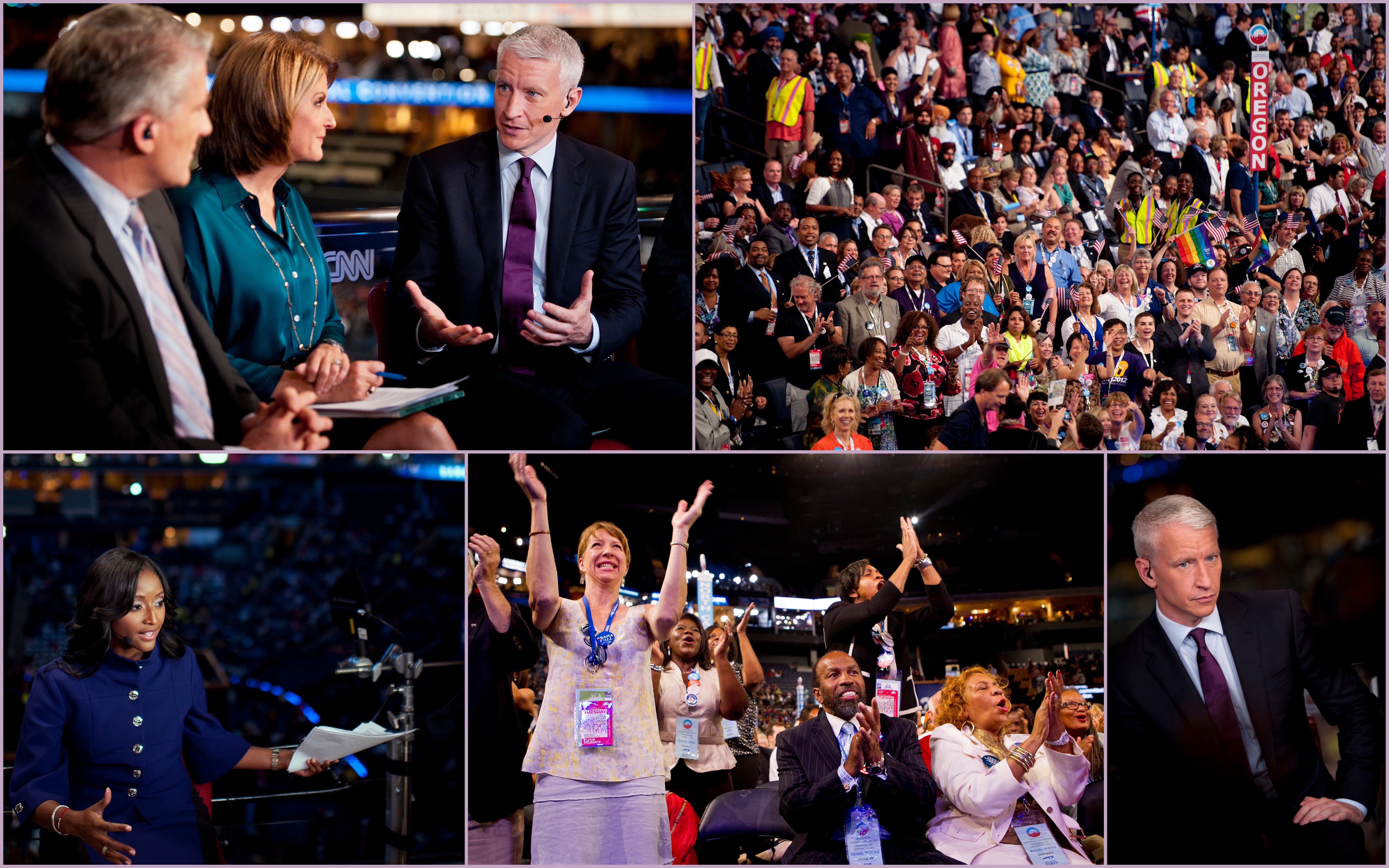 Anderson Cooper at the DNC 2012

This week Anderson Cooper reports live from the center of the action in Charlotte, North Carolina. He'll talk with political insiders for analysis on the key issues getting attention at the Democratic National Convention and in the election this fall.

Watch CNN's coverage starting at 7 p.m. ET Monday – Thursday and check out the network's Live Blog, plus you can tweet with @AndersonCooper and @AC360.

View behind-the-scenes photos of Anderson Cooper and the CNN crew:

END_OF_DOCUMENT_TOKEN_TO_BE_REPLACED

Reporter's Note: I'm in Charlotte for the Democratic convention. The president is coming later, so I guess I could just hold my letters until he arrives, but I hate to disappoint.

Greetings from Charlotte where, surprisingly, I must extend the same message I shared in Tampa with your Republican pals: Make sure you bring an umbrella!

Since arriving yesterday, I've dodged a half dozen rain showers (some more successfully than others, I might add) and there seem to be many more on the way. Whether they will wash out your big speech at the stadium on Thursday night is anyone's guess, but you might want to bring an extra shirt and tie just in case you have to run through the raindrops to find an alternative site. Or maybe you should scrape together a quick Creedence reunion to lead the crowd in a chorus of "Who'll Stop the Rain?"(My brother and I used to cover that song back in our bar band days. Oddly enough, when you sing it in a farm town during a drought, you don't get many tips. Go figure.)

I like the uncertainty of weather as I have told you previously, but it certainly must be a tremendous headache to folks involved in a big event. Plus, for your purposes, there is the symbolic nature of it all to be considered. Honestly, it means nothing that a storm sweeps over your friends here, or the Republicans there, but in a contest like this, where every image counts, I can imagine the wailing and teeth gnashing that would follow a down pour at the wrong moment; images of faithful Democrats huddling miserably beneath ponchos, lightning cracking overhead while Secret Service agents hustle you offstage, your suit sagging and flapping. Oh yeah, the Republicans would eat that up like a steak dinner.

Still, as much as it must pain you political types, there is nothing to be done. The rain will come, or it will not, and all we can do is endure.

I know it seems dorky, but whenever the clouds gather I carry around a pair of old-fashioned rubber shoe covers to deal with puddles. Sure, all the kids giggle when I pull them on, but 48 hours later when their feet are still pruned up inside their wet Sperrys guess who is walking high and dry?

Just saying. You might want to pick up a pair. Call if you can. I'll give you a weather update. Ha!