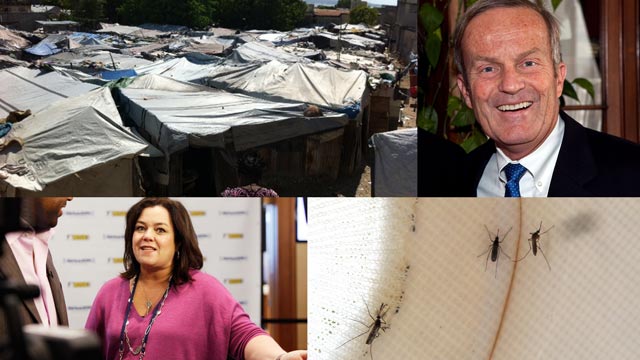 The AC360 Weekly Buzz: Rep. Todd Akin’s controversial remarks, inside look at crime in Chicago, countdown to the RNC in Tampa, and forecasting Isaac

After Rep. Todd Akin’s controversial remarks on Sunday about rape and pregnancy, many Republicans, including Republican Presidential Candidate, Mitt Romney, called for Akin to drop out of the Missouri senate race. However, Akin asked supporters via Twitter for donations as he takes on what he calls the “party bosses.”

Democratic Strategist Paul Begala and Pollster and Former Adviser to the Gingrich Presidential Campaign Kellyanne Conway discussed how Akin’s dismissal of calls to exit the Senate race might affect the upcoming GOP race.
Conway also made comments about sex-selective abortion: “You’ve got all these little baby girls being killed just because they’re girls in this country…We should look at the Guttmacher Institute statistics to really illuminate us on that. But it does, it does occur because there’s so much science now, people can, they can know the gender of their baby and they make their choices accordingly.” However, we looked at the Institute’s website which said: “there is limited data indicating that sex-selective abortion may be occurring in some Asian communities, although the U.S. sex ratio, at 1.05 males for every female, is squarely within biologically normal parameters.”

Anderson spoke to Dr. David Grimes, an obstetrician gynecologist, about Dr. Willke’s false information and Akin’s comments which are not isolated. We looked back in history and found that Akin was not the first to make this anti-abortion claim – We’re Keeping Them Honest.

The most recent West Nile virus outbreak is the largest the U.S. has ever experienced at this point in the season, according to the Centers of Disease Control and Prevention. Anderson asked CNN’s Dr. Sanjay Gupta about who’s at risk for the virus and how to detect symptoms.

American Jason Puracal addressed a Nicaraguan court this week during his appeal hearing. He was sentenced, without evidence he says, to 22 years in jail for drug trafficking. CNN’s Miguel Marquez was at the hearing and spoke to Puracal’s family.

Crime in the streets of Chicago is on the rise, especially the city’s murder rate, which jumped 31% since last year. Thirty-four children have been killed so far this year, according to the Chicago Police Department. CNN’s Ted Rowlands took a ride with two 26-year veteran Chicago police officers in the deadly neighborhood of Englewood to experience firsthand the fight to save lives in Chicago. Rowlands also visited a Chicago emergency room where many who are injured on the streets seek treatment.

Rosie O’Donnell suffered a heart attack last week but did not call 9-1-1 because she missed the symptoms. Anderson talked to CNN’s Dr. Sanjay Gupta about why O’Donnell might have missed the signs and he explained what every woman needs to know.

Today’s Scoop:
As tropical storm Isaac heads swirls through the Caribbean and heads toward Florida in the next couple days, many are worried about next week’s Republican National Convention in Tampa. CNN’s Chad Myers has the latest update tonight at 8 and 10 p.m. ET.

In a series on Republican Presidential candidate Mitt Romney, we took a closer look at at Romney’s Mormon faith and the woman who stands behind him, his wife Ann. Tomorrow we’ll look at his V.P. candidate’s wife Janna Ryan and her interesting family background.

Tune into CNN for special coverage next week of the Republican National Convention in Tampa, Florida.

Just for laughs:
A clown ends up with the late Steve Jobs iPad and explains his predicament landing the whole fiasco on our RidicuList!