Who's at risk for West Nile virus?

According to the CDC, the number of reported cases is now the highest on record and growing. Anderson Cooper asks Dr. Sanjay Gupta about the symptoms and prevention.

Keeping Them Honest: Is there any difference between Rep. Akin's position on abortion and Paul Ryan's?

Reporter's Note: President Obama receives a letter from me each day. In return, I get the distant and pathetic hope that perhaps he might one day actually read one.

Here is what I don’t understand about political advertising: Why is it so hard for campaigners to stick with facts?

I have been assigned to the difficult and often unappreciated task of fact-checking the claims that you make about Mitt Romney and he makes about you. It is unsung work. Every time we point out a falsehood we get absolutely pelted by the partisans on that side. We are called unfair, biased, unprofessional, stupid and a lot more which I dare not say here. Conversely, as soon as we do a report that swings the other way, the same people who called us idiots the day before are suddenly reposting our news items as proof of their own rightness. It’s exhausting.

But I return to my opening question: Why do candidates have such a hard time just basing their ads and statements on the truth?

I have no doubt that there are profound political differences between you and Governor Romney. If you and he sat politely at a table and simply described your legitimately opposing philosophies, I am certain that voters could make a choice. And yet, time and again, your side and his have launched talking points and ads that misstate facts, take comments out of context, and distort records. And please, don’t even start me down the road of “But the other side is doing it more!” It doesn’t matter. Both sides are doing it, even if on any given day one is guiltier than the other.

Do you and Mr. Romney actually think you can’t win based on the truth? Do you think your record is so poor, or voters are so foolish, or well…whatever…that the only way to score big in November is by deceiving all of us? Just as important: In this day of 24-7 media, how does anyone in a big race like this even think for a moment that a blatantly false claim will go undiscovered?

If you can shed any light on why things are this way, I’d sure appreciate a call. Meanwhile, I have to get back to checking on who is telling the truth, and who is fibbing today, and let me tell you…that’s a full-time job. 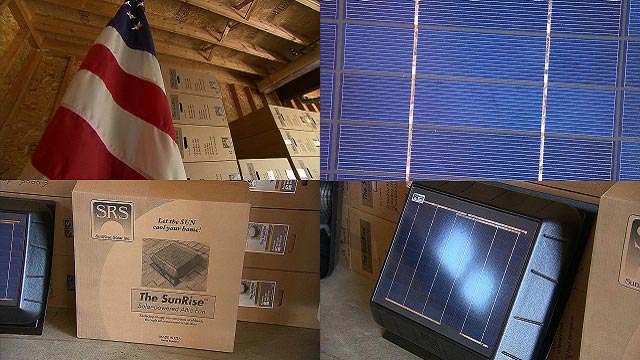 Rosie O'Donnell's heart attack & 'What every woman should know'

CNN's Dr. Sanjay Gupta explains why Rosie O'Donnell and other women can easily miss the symptoms of a heart attack.

RidicuList: A four-letter word that means 'no diploma.'

The high school valedictorian who said something so shocking during her graduation speech, that now she's not allowed to have her diploma.