Dole, 'CSI' actress back away from controversial veterans' charity

A leading television actress and a former Republican presidential candidate say they are backing away from further involvement with a controversial California-based veteran's charity.

Marg Helgenberger, who for years starred in the CBS mega-hit "CSI," had appeared in Internet videos supporting a charity called Help Hospitalized Veterans. In one YouTube video, she says, "There are so many ways that you can say 'thank you' to a hospitalized veteran through service and sacrifice, whether it's by volunteering at your local VA hospital or helping HHV to continue to provide their many wonderful programs."

Late last week, the California attorney general's office filed a civil suit against HHV, alleging "excessive" salary payments to many of its officers and directors and also alleging a history of misleading the Internal Revenue Service on its tax filings. The lawsuit seeks to remove every member of the charity's board of directors.

Vice President Joe Biden responds to the criticism he received from the Romney campaign for language he used at a rally.

The polygamous community in Colorado City, Arizona is controlled in almost every way by the FLDS church. Even the local police put the interests of their imprisoned leader, Warren Jeffs, above the law.

Citizens outside of the religious group say they're victims of intimidation and cruel vandalism, which includes the torture of helpless animals. The police have done nothing to help.

A recent effort by Arizona legislators to shut down the police department was not successful. The state's Attorney General took action and is using about half a million dollars to provide patrols in the area. The new county sheriffs are trying to enforce the law and make change in a town resistant to outsiders. 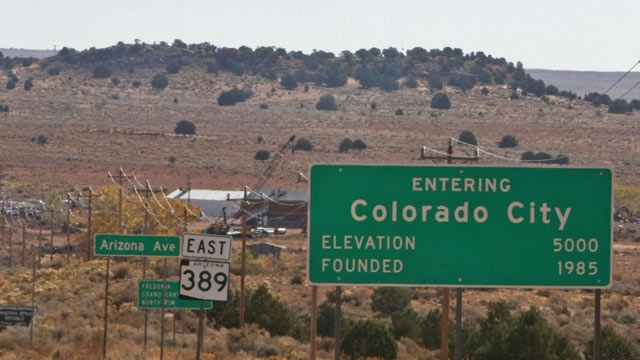 END_OF_DOCUMENT_TOKEN_TO_BE_REPLACED

Letters to the President #1303: 'The bitter battle'

Reporter's Note: President Obama is still not writing to me, despite all the letters I've sent to him.

The closer we get to the election this fall, the more I find myself descending into a deep well of depression...at least in terms of politics. Despite all that talk you threw around in the last race about bipartisanship and progress through cooperation, this time it seems abundantly clear that Democrats and Republicans alike have retreated into their fortresses of contempt.

The true believers on each side seem utterly convinced that demonizing the opposition is perfectly fair and reasonable, no matter how much hell such bitter divisions continue to rain down upon the population at large.

It's sad because I remain convinced that most Americans...left, right and middle...remain willing to consider other opinions and approaches; remain dedicated to the proposition that working together is more important than just winning. And yet the party faithful, I fear, just don't feel that way.

So they fill the airwaves with deception, half truths, and outright lies. They resort to the cheapest of old tricks; ridiculing their foes as people, rather than decently opposing their ideas. They send an overwhelming and unmistakable message, that they'd rather see the whole country fall into decline, than see the opposition gain any more power.

I know that each side furiously blames the other for this sad state of affairs, but in my experience, it is undeniably driven by the small, close minded intensity of bitter people on both sides, who want nothing to do with an America that is not as they would have it. They behave like children who, if they can't make it to the picnic, hope that it will be rained out so no one can have fun without them.

You see why I'm feeling a bit down.

So call if you can. And if you could, be ready to talk about some of that hope and change that seemed such a lovely idea just a few years back.