Letters to the President #1299: 'Back to business'

Reporter's Note: I write to President Obama every day that the sun rises.

It’s probably good that the Olympics will be winding down soon, because I have spent far too much time watching them. In my office, at home…heck, I’ve even been tuning into BBC radio during my commute for the latest updates. The whole experience has been a lot of fun, but I imagine it is time to focus a bit more on my other interests…or duties.

Your current re-election bid falls a bit more into that latter category. While I would like to say that the Presidential Thunderdome 2012 is fascinating, I’m sorry to say it just isn’t. You accuse Mitt Romney of something. He accuses you of something else. You each imply (or say) the other is not telling the truth, and the whole nasty world of D.C. politics just keeps turning.

The problem is not so much that the race is unseemly (although it is) but rather, that it is boring. I’m hearing all sorts of calculated statements aimed at winning, but precious few truly new ideas about how we can get out of the economic mess we’re in. And yes, I’m talking about both you and your opponent.

Now, I’ll grant that some of that is the fault of my own profession; we journalists clearly spend way too much time covering the horse race, the name-calling, the endless speculation over vice presidential picks, and on and on and on. Still, at least some of the time we are driven that way because you campaigners so relentlessly depend on your talking points, your applause lines, and…well, all the stuff that actually gets in the way of any actual discussion of real solutions…or any actual leadership for that matter.

If I were President (and I never will be) and I wanted to get re-elected (a calamity that would never happen; I mean seriously, even if the country made the mistake of choosing me once, the voters would certainly know better the next time…) I think I would just do my job. I think I would just busy myself with conducting the business of the office day in and day out, and about two weeks before the election…or maybe at my party’s convention, I’d make a speech. I’d say, “I’ve been trying to do the job you gave to me. I’ve wasted no time fund raising, no time making stump speeches, no time kissing babies, or bowling. I’ve been working. If you like what I am doing for you, re-elect me. If you don’t, vote for the other guy. Either way, I’ll respect your wisdom and wishes…and we’ll all be happy with the choice.”

Now that would be an interesting campaign. 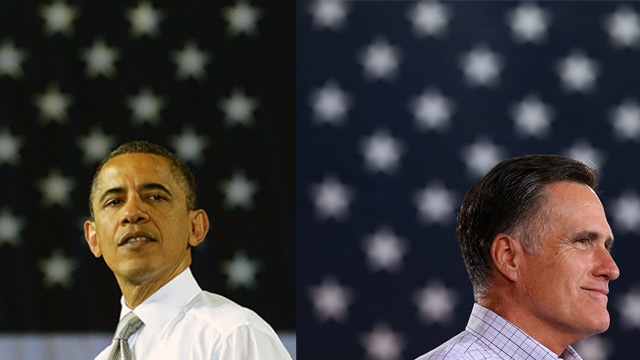 In a special hour tonight, Anderson Cooper is focusing on presidential campaign ads that present fiction as fact and make claims without evidence. The problem is not just negative ads filling the airwaves and flooding inboxes, it’s false advertising by candidates, and super PACS, who are trying to earn the trust of the voting public.

We’re not taking sides, just reporting the truth. Watch the Keeping Them Honest report at 8 and 10 p.m. ET.