Fleischer: Romney has not decided VP yet

Ari Fleischer and Candy Crowley discuss the impact Mitt Romney's choice for a running mate will have on the election.

A secretive, small sect was discovered by Russian police. The group, calling themselves Islamists,  lived in an eight-level underground bunker.

Was Chavis Carter's death a homicide or suicide?

Forensics experts Dr. Michael Hunter and Lou Palumbo discuss the possibility that Carter killed himself while handcuffed, and how police handled the incident.

CNN's Randi Kaye reports on the controversy surrounding Chavis Carter, a man police say shot himself in the head while handcuffed behind his back in a squad car.

Kamala Harris says a charity for veterans has been misrepresenting records to the IRS and the board members are lining their personal pockets.

Watch Drew Griffin's investigation into the accusations against the charity, Help Hospitalized Veterans.

Editor's note: Watch Anderson Cooper's interview with California's Attorney General. She tells him why she wants the charity board members fired.

California authorities are taking a controversial veterans' charity to court, accusing it of paying officers "excessive" salaries and making "imprudent" loans, totaling hundreds of thousands of dollars, to a leading conservative activist's company.

In a civil lawsuit announced Thursday, the state attorney general's office asked a judge to remove the president and the entire board of directors of Help Hospitalized Veterans. The complaint asks for the board and president to pay more than $4 million in penalties to compensate for "misrepresentations" in solicitations by the charity.

The charity "has helped some veterans," Attorney General Kamala Harris told CNN's "Anderson Cooper 360." But she said nearly two-thirds of its revenue went to overhead, and the officers named in the complaint "have basically been lining their pockets off the compassion that Americans have for our veterans and servicemen and women."

Letters to the President #1298: 'Olympic oddities'

Reporter's Note: I write to President Obama with alarming frequency.

As the Olympics burn toward their final weekend, I am struck by the notion that the officials there are just making things up now. All of a sudden I’m seeing all sorts of “sports” that I have never seen before, and I can’t help but wonder if the organizers had some sort of emergency meeting.

“Ok, gang, we’ve got a half week left and we’re running out of games. Chuck! Ideas?

“Well, Sven, swimming and gymnastics have been very popular. Could we do something more than those?”

“Good thinking! What if we had the top swimmers try to swim the kayaking course with gymnasts on their backs? Or better yet: Let’s combine it with diving and have them vault into the water!”

I’m sure I must be wrong, but I saw something earlier today that involved a bunch a wildly intense looking Russians parading around in zany costumes, and as best I could make out they were pantomiming what would happen if a trainload of goats derailed. Or something like that. I have no idea what it was or how it was judged, and I’m hard pressed to call it a sport.

A friend of mine once said, any endeavor in which your costume is part of the scoring is not a sport. Can you imagine hearing an NFL announcer say, “That was an excellent pass by Drew Brees, but the referees are going to call it back. One of his sleeves was pulled up a little higher than the other. Tough break.”

Oh well. Who knows what’s going on behind closed doors? We’ll just have to wait for Hope Solo to tell us. Ha! Speaking of Olympic accomplishments, I’ve noticed that you’ve done a pretty good job linking yourself to the games whenever possible; all those congratulatory calls and the like. One of the advantages of incumbency, to be sure.

Anyway, just a few thoughts on a slow Thursday. Give me a call later if you have a moment. I’m back in town. 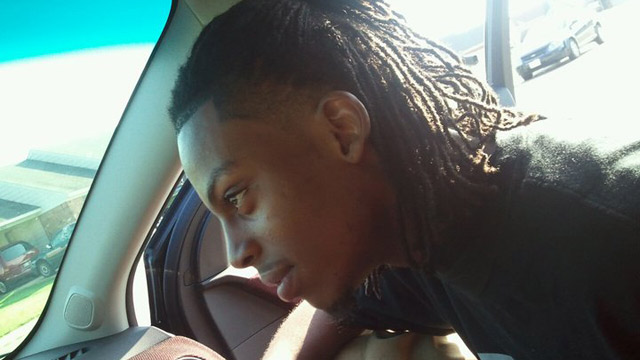 In Jonesboro, Arkansas, there are some troubling questions about the death of young man two weeks ago.

21-year-old Chavis Carter died after being shot in the head while sitting in the back of a police car. Carter's arms were handcuffed behind his back.

Police say Carter pulled the trigger and killed himself.

"Quite frankly, I've seen some of our people in custody do some amazing things," Jonesboro Police Chief Michael Yates told CNN's Randi Kaye.

END_OF_DOCUMENT_TOKEN_TO_BE_REPLACED

Behind the scenes: Letters to President Obama

Tom Foreman has written nearly 1,300 letters to President Obama on AC360.com. He has done them every day since the January 2009 presidential inauguration— weekends and holidays, too.

“I thought, well, when he gets inaugurated, I’ll write 10 days of letters to him saying what I think,” Tom said. But he didn’t stop at 10, 100 or even 1,000 letters. A short-term project has seemingly turned into a hobby for the veteran journalist. Tom said he’s never received a response from the White House but that’s never discouraged him from writing about a myriad of topics.

Some letters explore hot-button political issues and others discuss subjects as light-hearted as Tom's annual family Mardi Gras celebration. Tom frequently invites the President to contact him in return but that hasn’t happened.