A psychiatrist contacted the University of Colorado threat assessment team with concerns about the Aurora shooting suspect before the attack.

On the RidicuList, news that will surely put the "rill" back in "reality." Courtney Stodden is getting her on show.

A man is found dead on a mountain in the Arizona desert shortly after he and his wife were expelled from a three year, three month, three day meditation retreat. CNN's Miguel Marquez reports.

Letters to the President #1290: 'Champions...and otherwise'

Reporter's Note: President Obama, even as he runs for re-election, receives a letter from me every day.

Did you see this story about the 16-year-old Chinese diver? Apparently she was identified as having Olympic potential many years ago, and she trained like a fiend. She got better and better, especially after she moved into a government-run aquatic sports center. She also became more and more distant from her family back home, as Chinese sports officials tried to shape her into the perfect Gold Medal trap.

It worked. In London, she took the top prize in her event. Then came the devastating news: While she was training in seclusion, her grandparents had died and her mother had been battling for her life against breast cancer. Apparently she was not told about any of this when it was happening, because Chinese authorities feared it would distract her. Even the girl’s parents were in on the deception.

I love sports. I love people being dedicated to what they do. But this goes beyond the pale. The idea of any government thinking that the pursuit of sports glory justifies the crushing of basic human decency…especially with a child involved…is obscene.

Contrast that with the magnificent story of the U.S. team’s Kristin Armstrong (no relation to Lance) who won cycling gold in Beijing and was pretty much retiring from the sport because she wanted to have a child. She ended up having a baby much sooner than she expected, emerged from retirement, and blew away the field to grab the top honors in London in the time trials. She is almost 39. The oldest woman ever to accomplish that feat.

Her take from the start seems to have been: Family matters. There are things more important than personal accomplishments, even on an Olympic size stage. That is the kind of competitor I can cheer for; someone who knows that there is a difference between a winner, and a champion.

Hope all is well. Call if you can. 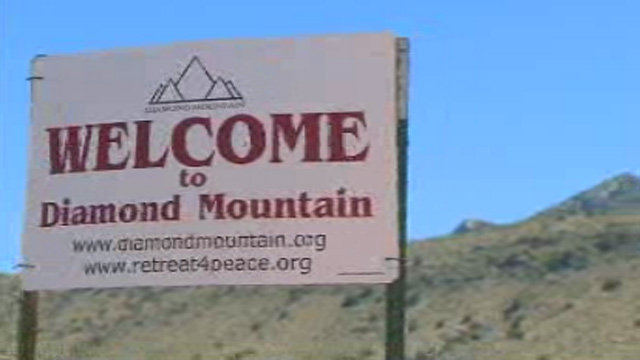 Christie McNally and her husband Ian Thorson wanted a Zen life. That's why they joined a silent retreat that was supposed to consist of three years, three months and three days meditating in the Arizona desert. But less than half way through the retreat, both McNally and Thorson were asked to leave. Then weeks later, 38-year-old Thorson was dead.

There are plenty of questions following the mysterious April death, especially after it was revealed the couple made the fatal decision to escape to a mountain, and stay there in the middle of winter. The coroner's report says Thorson died on that mountain of dehydration and starvation.

Thorson's mother doesn't blame her son or his wife for his death. Instead she's angry with the controversial monk, Michael Roach, who she accuses of running a cult.

The story gets even stranger after the revelation Ms. McNally co-founded the retreat center known as Diamond Mountain University with Roach. Plus, she and Roach were "spiritual partners." They had been secretly married in 1998 and divorced about two years later, just before she married Thorson.