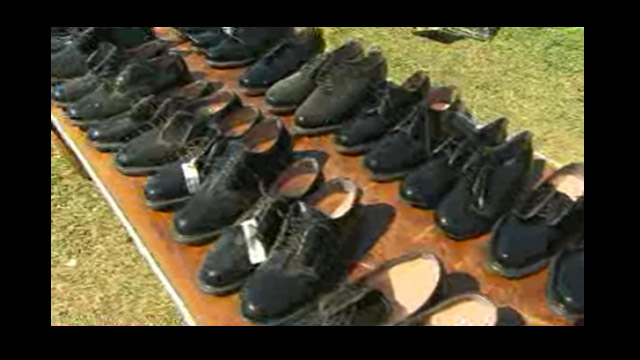 After trying for months to take a first-hand look at the source of those donations sent around the nation by the Disabled National Veterans Foundation, we were finally allowed exclusive access to a small company based in South Carolina whose owner says he is proud of what he does.

The company is called Charity Services International and on the day we visited, we saw a lot of bottled water ready for shipment. We also saw candy—boxes and boxes of M&M’s and Three Musketeers. And we saw carton after carton of hand sanitizer and suntan lotion. We also saw hundreds of “Rambo” T-shirts.

Charity Services International is owned by Roy Tidwell, who says he works for 50 charities, including the Disabled National Veterans Foundation and SPCA International, an animal charity that’s also been the subject of CNN investigations over the past few months.

Tidwell says he specializes in what essentially is a type of gifts-in-kind exchange, which is donating items instead of money. In this case, distributing goods that may not be wanted by one charity to another charity which says it does want those same goods.

Drew Griffin asks Tidwell about many of those donations, whose value has been listed by the DVNF and SPCA International at millions of dollars and whether or not they in fact are worth that much. His response at 8 and 10 p.m. ET.