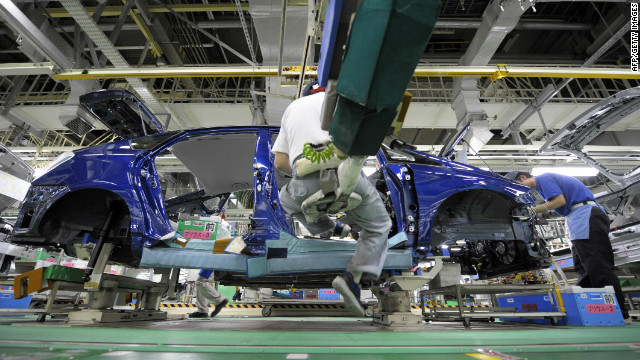 Editor's note: Tune in tonight at 8 and 10 p.m. ET for Drew Griffin's update on the investigation.

Citing unidentified whistle-blowers critical of "too narrow" federal investigations, the ranking member of the Senate Judiciary Committee asked the NHTSA in a letter to look into the phenomenon of "tin whiskers" - or crystalline structures of tin - that theoretically could lead to the unintended acceleration.

The whistle-blowers also provided Grassley with documentation about the investigations by NHTSA and NASA into the Toyota vehicles, including one NASA report that stated: "Because proof that the (electronic throttle-control systems) caused the reported (unintended accelerations) was not found does not mean it could not occur."

Grassley's letter to the safety agency's administrator, David Strickland, asks the agency to provide the committee with all information relating to tin whisker testing and for the agency's position on tin whiskers' possibly causing the unintended acceleration.

Strickland and his agency didn't immediately respond Thursday to a CNN request for a comment.

A Toyota spokesman told CNN Thursday that "so-called 'tin whiskers' are not a new phenomenon and do not represent a mysterious or undetectable problem in a vehicle's electronics."

Toyota spokesman Brian Lyons said Thursday that "all the scientific evidence" confirms there's no problem with the electronic throttle-control systems in Toyota vehicles.

"Indeed, no data indicates that tin whiskers are more prone to occur in Toyota vehicles than any other vehicle in the marketplace," Lyons said in an e-mail to CNN.

"Toyota's systems are designed to reduce the risk that tin whiskers will form in the first place and multiple robust fail-safe systems are in place to counter any effects on the operation of our vehicles in the highly unlikely event that they do form and connect to adjacent circuitry," Lyons said.