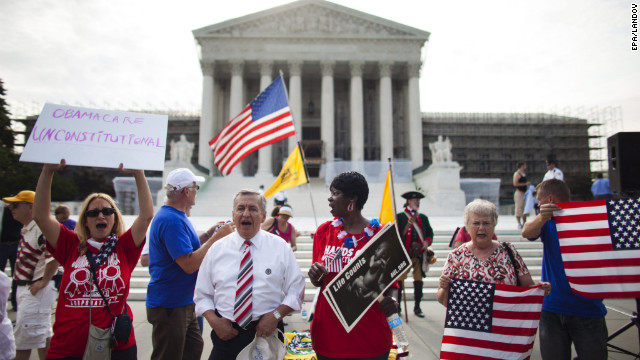 Tonight on AC360: What the health care ruling means for you

Editor's note: Watch AC360° at 8 and 10 p.m. ET tonight for expert analysis on the Supreme Court's decision to uphold the individual mandate requiring people to have health insurance.

The Supreme Court's decision Thursday to uphold the Affordable Care Act means that the predictions about how it will affect Americans remain in place.

The court did rule that a part of the law involving Medicaid must change. The law calls for an expansion of eligibility for Medicaid, which involves spending by the federal government and the states. The law threatens to remove existing Medicaid funding from states that don't participate in the expansion. The high court said the government must remove that threat.

Several groups that follow the health care law closely said they were keeping an eye on the potential impact of the Medicaid ruling.

Here are some highlights:

The decision leaves in place the so-called individual mandate - the requirement on Americans to have or buy health insurance beginning in 2014 or face a penalty - although many are exempt from that provision.