Two jurors in the Jerry Sandusky trial open up about what they witnessed in the courtroom and how they reached their decision in the case.

Joshua Harper says he viewed the victims as credible, and was watching Sandusky's reaction to the witness testimony. "It seemed to be he was kind of reminiscing of the victims...he would kind of lean in towards them...like he was thinking about the victims and his behavior with them," said Harper.

Ann Van Kuren says she did want to see Sandusky testify. She believes the victims' compelling testimony was the most critical evidence in the case.

Mitt Romney said states have a right to secure their borders, and that Pres. Obama has not presented an immigration plan.

Victims of a eugenics program in North Carolina from 1929 to 1974 were potentially going to receive compensation, up to $50,000 each, but state senators recently rejected the plan. Some claim the budget simply can't afford the estimated cost of $10 million in a challenging economy.

CNN's Elizabeth Cohen looked into what is included in the $20 billion budget bill. She found there's more than $1 million going to organizations like a private culinary school, an Oyster Sanctuary, the Grape Growers Council and the Transportation museum. There was more than $400,000 set aside to fund an upcoming gubernatorial inauguration and $5 million was budgeted for undisclosed purposes that can only be described as "economic development" projects.

Cohen says some lawmakers in N.C. are wary of offering compensation to sterilization survivors because it could set an expensive precedent for others who feel they've been treated unjustly by the state. Opponents draw parallels between the compensation of sterilization victims and that of the descendents of slaves.

Legislators who support payment to eugenics victims pledged to continue to work toward justice for them.

CNN's Ivan Watson reports on the mounting tension between Syria and Turkey after a Turkish military plan was shot down.

Reporter's Note: President Obama is running for re-election. I run a lot, but only for exercise…not for the Oval Office.

Well, the whole town is abuzz over this Supreme Court ruling on that Arizona immigration law. I would say congratulations, but I can’t figure out if this is really a win or a loss or something else for your team.

On one hand, your administration argued that Arizona had no business mucking about in the federal job of handling immigration, and the Supco crew seems to agree. That’s a positive for your side. On the other hand, the most controversial part of the law was upheld; the part that allows police officers who have stopped someone for some other reason to then check their immigration status. That’s a negative from your point of view.

In a practical, political sense, however, I’m not sure this will make any difference when it comes to that all important question that seems to plague your team and Mitt Romney’s: Who will get the Hispanic vote?

First, Latinos in this country are much more interested in the economy than they are in this issue. Polls have found that time and again. It is short sighted and insulting for people to think that immigration is the big crank turner for this whole community of thinking, caring, hard working people. (Btw, even if this were the hot button issue for Latinos, there is no clear, monolithic view in that community about how it should be handled.)

Second, Arizona’s efforts on this front were generally quite popular among Americans over all, and often bristle at the courts telling them what they can and can’t do. So even though some voters may be somewhat happier with this ruling, it is possible that just as many or more will be irritated by it.

And third, the decision, as I noted at the start, is murky. This does not really look like a win for either you or Gov. Romney. Accordingly, neither of you should expect any measureable surge in voter support.

Just a few thoughts to get the week started. Hope all is well. I’m starting to pick up my running mileage a bit. Did a great 14 mile loop through the Adirondack mountains during my week off. You would have loved it. Call if you can. 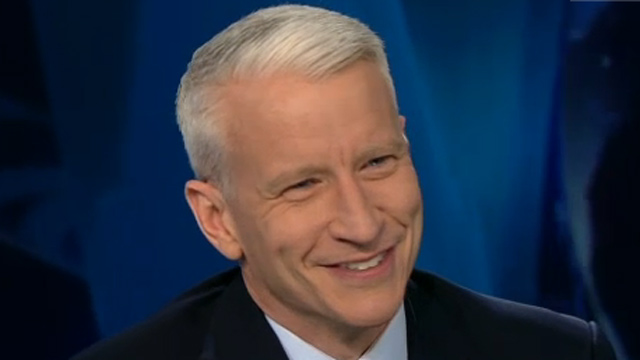 We're half-way through the year, making it the perfect time to highlight the best of Anderson's 2012 RidicuList videos, so far. But we can't do it alone. We need our viewers to weigh the choices and make their voices heard. Vote in the poll below and join us all week to find out which made the top five! Tune in to AC360 at 8 and 10 p.m. ET.

Need a refresher before casting your vote? Re-watch the choices: