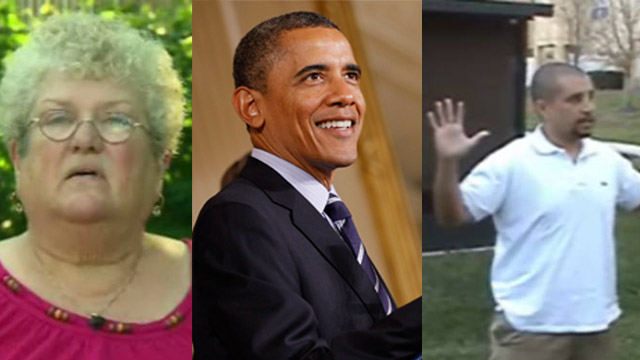 Results from Egypt’s presidential elections were supposed to be announced today, but have been delayed. Meanwhile, conflicting reports about ex-Egyptian president Hosni Mubarak’s health surfaced on Tuesday. Mubarakwas sentenced to life in prison earlier this month. A state news agency reported that the 84-year-old suffered a stroke and was “clinically dead.” However, Mubarak’s lawyer said he was in a coma and the military said he was in critical condition. On Wednesday, he was removed from life-support equipment, his attorney said. But many don’t believe Mubarak’s health should be a concern with the country struggling to create a new political identity. Stanford University’s Fouad Ajami says Mubarak is just playing a game to move out of prison and into a hospital.

There are allegations of a child sex abuse cover-up in ultra-Orthodox Jewish communities in Brooklyn, New York. The District Attorney is accused by some of being part of the problem. He says he’s done nothing wrong. CNN’s Gary Tuchman has the story.

Famed major league baseball pitcher Roger Clemens was found not guilty on Monday of lying to Congress during a 2008 hearing that was part of an investigation into the use of performance enhancing drugs. This was Clemens’ second trial; about a year ago a mistrial was declared after inadmissible evidence was presented in court. Anderson spoke to CNN’s Legal Analyst Jeffrey Toobin who says steroid prosecutions are usually a failure.

President Barack Obama announced a new policy this week giving young illegal immigrants a way to avoid deportation, if they meet a number of conditions. And as the presidential election inches closer, many are still unclear on where Mitt Romney really stands on the new policy. We’re Keeping Them Honest.

The child rape case against Jerry Sandusky is now in the hands of a jury after his lawyers rested their case on Wednesday without calling the former Penn State assistant football coach to the stand. Sandusky is facing 48 charges. CNN’s Jason Carroll has highlights from the trial. And Anderson spoke with a long-time friend of the Sandusky’s who says she firmly believes he’s innocent.

After initially cooperating, Attorney General Eric Holder refused to give more documents to a House committee investigating the Fast and Furious gun-running operation. President Obama asserted executive privilege allowing the Justice Department to withhold the documents. The committee voted to recommend Holder be held in contempt of Congress. We’re Keeping Them Honest. While GOP Rep. Trey Gowdy, a member of the committee, says the president shouldn’t use executive privilege because he was not involved in Fast and Furious, CNN’s Legal Analyst Jeffrey Toobin disagrees and explains the purpose of executive privilege.

A video, part of discovery items released by George Zimmerman’s defense, shows Zimmerman reenacting the night he shot 17-year-old Trayvon Martin. Zimmerman is charged with second-degree murder. Anderson will discuss the video with Mark Geragos and Sunny Hostin at 8 and 10 p.m. ET.

CNN’s Drew Griffin is investigating where money donated to charities is going. He discovered a few organizations that aren’t using the bulk of the funds to directly help disabled veterans and animals, respectively, as they promise. Watch a special report on July 3 at 8 and 10 p.m. ET.

What would you do if you weren’t happy with how your local deli was making your sandwich? Well, one man decided to take a route most of us wouldn’t think to use! He earns a spot on our RidicuList.