American Eric Volz was wrongfully convicted in Nicaragua and sentenced to 30 years. His conviction was overturned and now he's trying to help Jason Puracal who was sentenced to 22 years in the same notorious prison. Puracal claims he's innocent and there's no evidence to prove otherwise.

Anderson Cooper talks to Volz and Jeffrey Toobin about Puracal's options, and what to expect from his appeal hearing later this month.

On Thursday, Pres. Obama and Mitt Romney talked jobs and the economy on opposite ends of the battleground state of Ohio. The former Massachusetts governor continues to call out the president on comments he never made. Anderson covered the Raw Politics in an interview with Gail Gitcho, Romney’s communications director

Why animal charity is in deep debt

Drew Griffin reports on a charity that raised millions to help animals but spent nearly all that money on fund-raising expenses.

END_OF_DOCUMENT_TOKEN_TO_BE_REPLACED

As part of a large investigation, Drew Griffin reports on Terri Crisp and questions her record helping animals.

The mother of a witness in the Sandusky trial gripped the bench and buried her head during his graphic testimony. CNN’s Jason Carroll reports.

Puracal: 'Not sure why' he's in jail

Jason Puracal, an American who is being held in a Nicaraguan jail, describes the conditions he is living in, and his fight for justice.

Mark Geragos and Marcia Clark discuss witnesses testifying against Jerry Sandusky and the strength of their case.

"Mr. Clean up" has been accused of dumping wood in a road along with a host of other unusual allegations.

Reporter's Note: President Obama is, I believe, a pretty big reader. At least I hope he is considering that I have written to him every single day since he took office.

I’ve started reading way too many of the hundreds of emails I receive each day. Past experience has taught me that most of these messages are a waste of time. Oh sure, I get a few dozen every day that I need to read, but most are electronic junk mail. Btw, I recently cleaned out my Inbox so it currently holds only 12,542 items. Actually, some have probably come in while I was writing this, so who knows what the count is now?

The junk e-mail generally falls into one of three categories.

1) The Bucket List. In this case I don’t mean a list of great places I’d like to go or things I’d like to do before I die. What I mean is that someone has collected a giant list of names in a figurative e-mail bucket and then sent some inane message to all of us. Sometimes it is about changes to some overarching plan at the office which means nothing to my work. Sometimes it is dreary, bureaucratic housekeeping that also means nothing to me. Most often it is just a case of someone putting a lot of names onto a list to avoid being in trouble if someone else complains they weren’t included. (I can’t imagine who would complain about such a thing, but I’m sure they’re out there.

2) The Pitch. These are messages that involve someone trying to sell something to me. Public relations flacks trying to promote new products; book agents trying to get authors onto the air; self-proclaimed “experts” weighing in on the issues of the day. Most often the only thought these messages provoke is, “How the heck did I wind up on this dim bulb’s list?”

3) Pulp Politics. You haven’t lived until you’ve been pelted with the endless, partisan garbage that is flung at reporters by political operatives on both the Left and the Right. I respect their views, I understand their passion, but they constantly spew out propaganda of the worst kind; ignoring every fact except those that serve them, and vilifying the opposition, all the while whining about how hyper-partisanship is preventing decent governance.

Sadly, as I said at the start, I’ve fallen into a habit lately of perusing way too many of these messages when I should simply hit delete. I don’t know why. I suspect it is because I want to keep an open mind, I don’t want to be too cynical, and I really just can’t believe that there are so many people out there pumping so much useless tripe my way.

I should not complain, because I am sure you receive much more than I do. Speaking of which, if you have a better system for dealing with it, I’d sure appreciate any hints.

Meanwhile, if you want to get in contact, please call…chances are if you message I won’t even see your note in the daily flood. 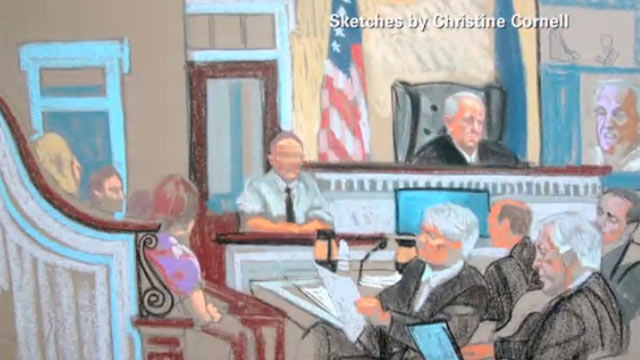