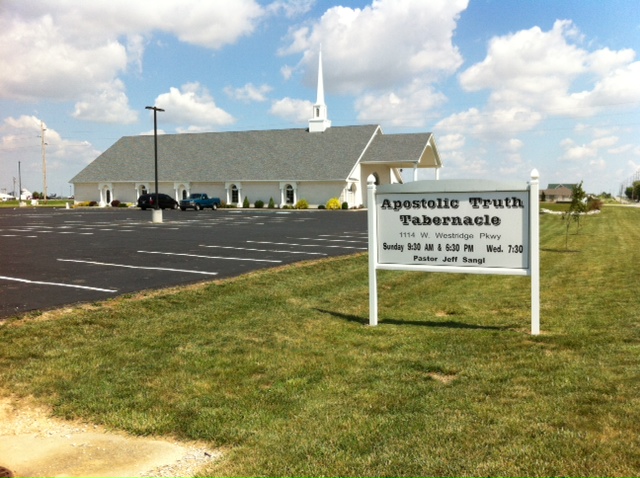 A church leader, who would not give his name, told CNN that journalists were not allowed inside the church and declined to offer anyone from church leadership to comment on the video.

The leader said that he needed to be cautious about letting outsiders into the church because it had received threats over the video and asked CNN to leave the premises.

The local sheriff's office said the church had not reported any verifiable threats.

No one answered the door at the home of Jeff Sangl, the church's pastor.

The video of the singing boy was the latest in a string of viral anti-gay videos that have surfaced from independent churches.  Those videos have been resoundingly condemned by religious leaders, even by conservatives who believe homosexual sex is a sin.

The pastor's son, Josh Sangl, told CNN his father was away on vacation and that there was much more to the video than we were being told, though he wouldn’t elaborate.

The majority of the church members wouldn’t comment about the controversy or respond to questions about the parents of the young boy.

"I think it's blown out of proportion, you know," said Robert Kirby, who is not a church member but was attending Sunday's church service in support of his daughter, who teaches Sunday School there. "They love everybody.