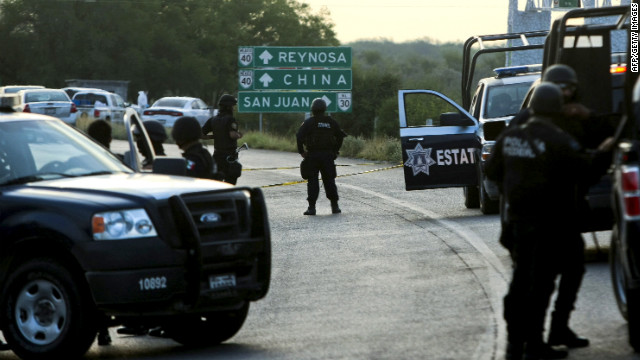 Editor's note: Tune in to AC360° tonight at 8 and 10 p.m. ET for Miguel Marquez's report. Plus, Anderson will speak with two experts on the bloody cartel feuds, Fred Burton and Rusty Fleming.

The 49 decapitated bodies authorities found on a roadside in northern Mexico over the weekend were likely the result of a fierce feud between rival drug cartels, a top Mexican official said Monday.

"In recent weeks, we have had a series of inhuman and despicable acts in different parts of the country that mark an irrational fight fundamentally between two existing criminal groups and their criminal allies," Mexican Interior Minister Alejandro Poire said.

There are "clear indications," he said, that a recent surge in violent acts - including the mutilated remains found Sunday in Nuevo Leon state - stem from a "direct conflict" between the Zetas and the Sinaloa cartels over territory and power.