CNN legal analyst Jeffrey Toobin weighs in on the chances of John Edwards being retried.

A Taco Bell customer really thinks “outside the bun” and ends up arrested -  and on the RidicuList.

Anderson Cooper asks Newt Gingrich how Mitt Romney can criticize President Obama for government investments when he supported them as governor of Massachusetts.

Despite evidence to the contrary, the Syrian government is claiming its civilians are being slaughtered by terrorists.

Gov. Deval Patrick says Mitt Romney's job creation record is not as strong as he claims during his time as governor. 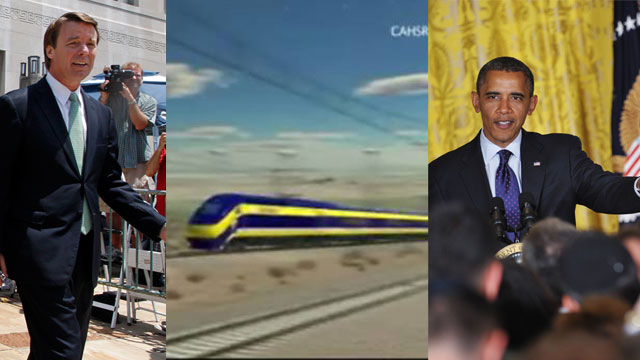 END_OF_DOCUMENT_TOKEN_TO_BE_REPLACED

Reporter's Note: President Obama works late at the White House. I work late at my office…often writing these letters.

Perhaps you saw that video of the Illinois lawmaker yelling and throwing papers all around the legislative chamber. I don’t know what it was all about, don’t know if his actions were justified or not, but boy do I understand.

Frankly, I think voters all over this country, Democratic, Republican, an Independent, feel the same way on any given day. At such times, we think everything is broken. Our political system doesn’t work. Our economy is a mess. We can’t agree on what…if anything…is “right” or “wrong.” So we take it out on each other with bitter words, accusations, and a hardening of our hearts that would do the Hatfields and McCoys proud. (Btw, did you watch that series? Really good I thought, except for that simpering blond guy who kept romancing the neighborhood and getting people shot.)

So, like I said, I don’t know what that guy was mad about, but some days I feel pretty mad too. I firmly believe that we are a better nation than what we appear right now; we can care for each other more, we can encourage each other more, and we can respect each other more for all of our differences. At least I hope that is true…otherwise I see a lot more flying papers and raised voices in our future.

Call if you can. Seriously. It would be nice.

Would Marco Rubio be a good VP pick?

Fareed Zakaria and Bob Baer discuss the complex diplomatic situation in Syria and what the U.S. needs to consider before getting involved.

A plaintiff in the Murfreesboro mosque case explains why she's in a legal battle with the Muslim community.