President Obama and Mitt Romney have a war of words over the campaign rhetoric surrounding Osama bin Laden's death. Anderson Cooper is Keeping Them Honest.

Jimmy Kimmel shares his theory about Anderson’s uncontrollable laughing fits, on the Ridiculist.

Peter Bergen was the only journalist allowed in the al Qaeda leader's compound. He describes what he saw and learned.

After a dramatic day in court, the content of John Edwards' sex tape is now fair game in his trial. Joe Johns explains.

Does al Qaeda pose a threat to cruises?

On May 16 last year, a 22-year-old Austrian named Maqsood Lodin was being questioned by police in Berlin. He had recently returned from Pakistan via Budapest, Hungary, and then traveled overland to Germany. His interrogators were surprised to find that hidden in his underpants were a digital storage device and memory cards.

Buried inside them was a pornographic video called "Kick Ass" - and a file marked "Sexy Tanja."

Several weeks later, after laborious efforts to crack a password and software to make the file almost invisible, German investigators discovered encoded inside the actual video a treasure trove of intelligence - more than 100 al Qaeda documents that included an inside track on some of the terror group's most audacious plots and a road map for future operations.

Future plots include the idea of seizing cruise ships and carrying out attacks in Europe similar to the gun attacks by Pakistani militants that paralyzed the Indian city of Mumbai in November 2008. Ten gunmen killed 164 people in that three-day rampage.

Letters to the President #1197: 'Monday musing'

Reporter's Note: I write to President Obama every day. My wife made a meat loaf last night that was fabulous. I wish I could say I had that every day, but I can’t.

Nice job with your jokes at the big dinner Saturday night. You have a flair for comedic timing, I’ll give that to you, although I thought some of your material went just a little far into the “not exactly dignified enough for a president” category. But what do I know?

I thought Jimmy Kimmel had some great lines, but there were too many of them. He’s a screamingly funny guy, but it seemed like he tried to cram too much in. I always feel as if comics at these events face a terrible challenge.

Think about it. You can get up there, and whether your lines are funny or not (and again, I thought most of them certainly were) everyone is going to laugh anyway. You’re like the boss as work. Everyone laughs because you’re the guy in charge. Have a waiter get up there and do the exact same lines, I say he’ll get thirty percent of the laughs you get, tops.

Same goes for these comics. They’ve got to stand right next to you and throw material out for the audience to consider. If he’s too tough on you, your pals in the audience will give him the silent treatment. If he’s too fawning, your enemies will sit on their hands too.

Anyway, it was a nice enough night. Sorry you couldn’t make it over to my table to say hi, but I know you wanted to, so let’s just leave it at that.

Hey, the big marathon came off pretty well on Sunday morning, considering that after the dinner I had only about three and a half hours of sleep before driving up to marathon. My legs were scorching by about 18 miles, but I made it through anyway. You should have been there!

He also talks about the honor of being insulted by President Obama at the event, making fun of CNN, and teasing Anderson about his giggle fits. Watch the preview and don't miss the full interview tonight on AC360° at 8 and 10 p.m. ET. 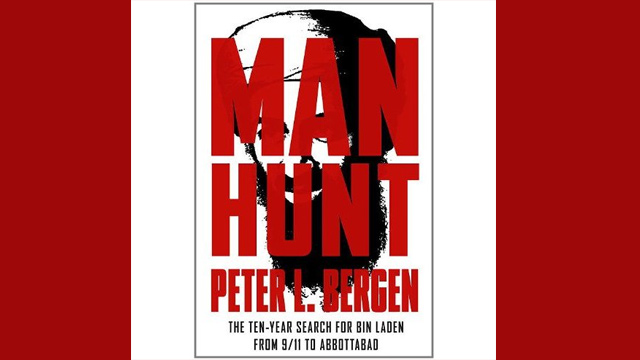 Tonight on AC360: New Details on the hunt for Osama bin Laden

It's almost one year to the day al Qaeda leader Osama bin Laden was attacked and killed by a group of U.S. Navy SEALS at his secret compound in Abbotabad, Pakistan. In his new book "MANHUNT: The Ten-Year Search for Bin Laden–from 9/11 to Abbottabad," author Peter Bergen reveals astonishing details about tracking the terrorist. Tonight, Anderson speaks with him about inside story, and what Bergen saw in bin Laden's compound before the Pakistani government destroyed it. Read an excerpt from his book and don't miss the interview on AC360° at 8 and 10 p.m. ET.

CHAPTER 8
ANATOMY OF A LEAD

IT WAS NOT UNTIL 2010 that the CIA had a series of significant breakthroughs regarding the Kuwaiti, the elusive courier. Earlier, with the help of a “third country” that officials won’t identify, the Agency had been able to tie him to his real name, Ibrahim Saeed Ahmed. Still, his whereabouts remained unknown.

Then, in June 2010, the Kuwaiti and his brother both made changes in the way they communicated on cell phones that suddenly opened up the possibility of the “geolocation” of their phones. Knowing this, the Agency painstakingly reviewed reams of “captured” phone conversations of the Kuwaiti’s family and circle of associates. END_OF_DOCUMENT_TOKEN_TO_BE_REPLACED