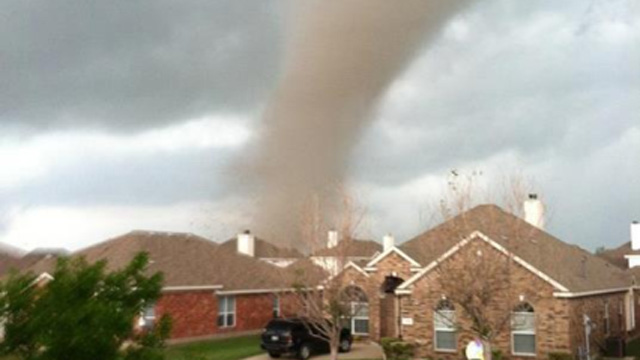 Tonight on AC360: A Texas family's story of survival

As we turned the corner into the Forney, Texas neighborhood, we stopped and spoke with a family who was talking outside their home. Brett Brown told us how he stood on top of his truck and focused his iPhone on the massive tornado heading straight for the area he calls home. Brown says he has seen countless tornado videos on television over the years, but nothing compares to actually witnessing it firsthand.

As the tornado hit Crosby Elementary school, the school his children attend two blocks away, you can hear the concern in Brown's voice. He shouts at his family to head indoors and take cover in the bathtub.

While people here spent the day helping neighbors whose homes were destroyed, they all shared the same opinion: They were very lucky no one was killed.

Watch tonight as Gary Tuchman interviews Brett Brown and his family. They describe the horror they felt as the tornado came barreling down on them. Tune in to AC360° at 8 and 10 p.m. ET.