CNN's John King explains two scenarios that help Mitt Romney put some distance between him and his rivals on Super Tuesday.

Anderson Cooper spoke with David Axelrod, senior strategist to the Obama 2012 campaign, about the comments Rush Limbaugh made that ignited a political firestorm.

A New Mexico man's dinner was downright divine after he discovered an image of Jesus on his tortilla.

The Syrian government accuses Danny of distorting reality in Homs in his YouTube videos. He says the Assad regime is lying and his videos of the attacks and deaths are real.

Houston (CNN) - Homicide detectives here say they are exploring every possible avenue, as they investigate the assassination-style killing of an Iranian dissident in mid-January.

Gelareh Bagherzadeh, 30, was shot and killed on January 15 as she drove her father's car home just before midnight. She was studying molecular genetic technology at the University of Texas MD Anderson Cancer Center in Houston.

Bagherzadeh had come to Houston in 2007, her friends said. Before her arrival, they say, she had traveled throughout Europe, living in Paris and, for a time, in Budapest.

Her father had once worked for the Iranian Oil ministry, according to police.

In 2010, not long after the disputed presidential elections in Iran, Bagherzadeh joined a group called SabzHouston, formed to protest the election results. She was videotaped by a reporter for the Houston Chronicle while on a street corner, saying she was showing support for "brothers and sisters suffering in Iran."

Tonight on AC360: Syrian activist: Why would we have to manipulate anything?

In this preview, Danny, a Syrian activist who posted videos of the attacks in Homs on YouTube, addresses accusations by the Syrian government that he manipulated the truth. Watch the complete interview tonight on AC360° at 8 and 10 p.m. ET. 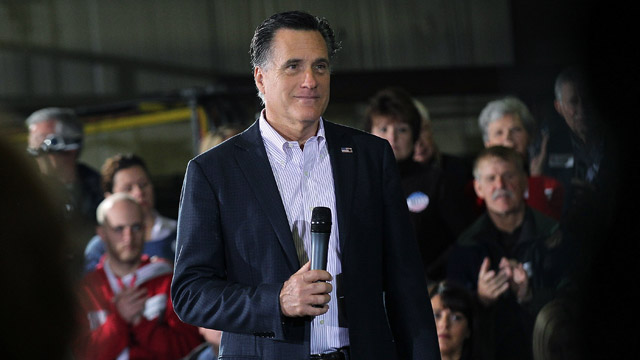 Here are some selections drawn from recent newspaper endorsements backing Mitt Romney in the Republican presidential primary - along with some similar-sounding critiques drawn from an equal number of editorial writes backing his opponents. Can you tell which is which? Give it a shot! (Answer key below)

1) ...for the past 12 months, Romney has been refashioning himself as something other than what his record suggests. He has made gestures toward
economic and social radicalism, and eschewed the common sense of cooperative governing that made him a success in Massachusetts.

2) It has become difficult to define who Romney really is and what he believes. Is he feigning some positions now to win votes? How would he
govern as the virulent anti-tax, anti-federal government candidate we see now or as the more reasoned leader he used to be?

Romney’s auto gaffes (there’s really no other honest way to describe them) are a discomforting window onto how those questions might be answered.

3) (Romney’s) stance against government interaction to revive the domestic automobile industry is disappointing. Also disappointing are inconsistencies in his message.

END_OF_DOCUMENT_TOKEN_TO_BE_REPLACED

Letters to the President #1141: 'The hockey defense'

Reporter's Note: I write to President Obama. He does not write to me. It has been this way for a while.

Super Tuesday is looming large on the Republican horizon as they try to nail down their pick to challenge you. Hope springs eternal for Rick Santorum, Newt Gingrich, and Ron Paul, but rather than hoping they will somehow just win the nomination, the math says what they really have to aim for is some kind of divided convention.

Barring some extraordinary development, Mitt Romney will certainly reach the convention in Tampa with more delegates pledged to his cause than any of the others. So all they can attempt is to keep his lead small enough that they can make an argument against a coronation.

This strategy does not always work. To be honest, it rarely does. But despite NHL crackdowns on fighting, the idea of turning to nasty play as a means of distraction is still popular, because it can offer the only chance to push the game into a tie and overtime, where anything might happen.

Look for more of it on the Republican side, and btw, look for some of it in the general election if it is as close as many expect.

Hope all is well. Took a nice 16 mile run through Atlanta this morning. Not very fast, but the city was nice and pretty. You should have been here. You could have ridden alongside in your car. Ha!