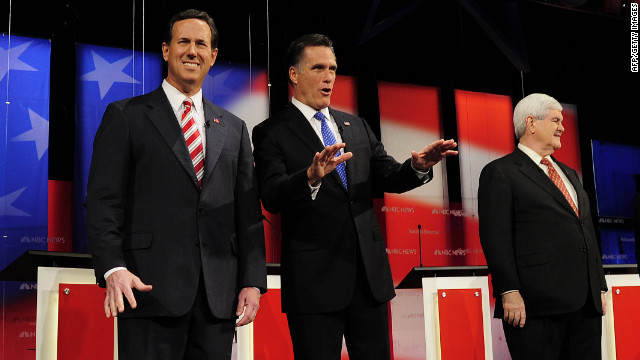 Tonight on AC360: Carville: GOP, your real problem is Mitt

First of all, let me apologize for not getting back to you sooner. I realize it's been 15 days since I've penned (as the Mittster would say) my last memo to you. But you know, with the Super Bowl I have gotten behind and wanted to catch up with you before theMardi Gras season gets in full swing. Good manners dictate that I convey my most heartfelt congratulations to you for what you did to old Newt in your aggressive ad campaign. I mean, you guys really did him in. As we say in Louisiana, you made minced meat out of that boy.

You rounded up a bunch of Wall Street money and turned it over to the Willie Horton ad guy to destroy one of your own. You boys really crack me up (and I say boys because no females have openly expressed their membership - as soon as someone steps forward I will be sure to address you appropriately). I don't think we Democrats could come up with something quite so clever. You have accomplished quite a feat.