A murder victim's family is outraged by ex-Gov. Haley Barbour's defense of the criminals he pardoned in Mississippi.

Video: The Shot: Loved ones pranked during Super Bowl

Ex-Mississippi Gov. Haley Barbour's pardons are questioned in court. He calls a procedural requirement a harmless error. Anderson Cooper is Keeping Them Honest.

After focusing on financial reform, President Obama is getting less money from Wall Street compared to 2008. Anderson Cooper is Keeping Them Honest.

Anderson Cooper talks to an activist in Syria who says the supply of food and medicine is dangerously low in Homs. 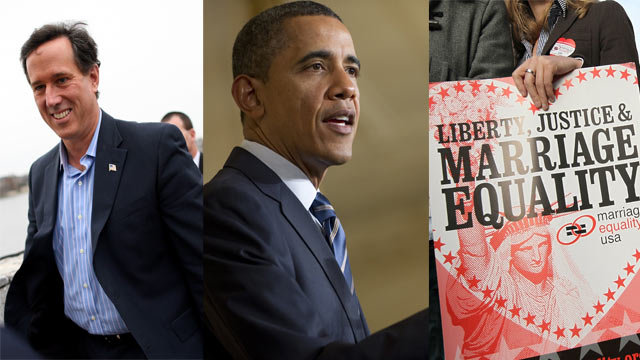 END_OF_DOCUMENT_TOKEN_TO_BE_REPLACED

Reporter's Note: President Obama lives in the White House on Pennsylvania Avenue. At least, so I’ve been told. But considering how I have now written to him there more than 1100 times, with no response, perhaps I am mistaken.

I’ve been following the First Lady’s campaign against childhood obesity; her efforts to urge youngsters to get out and exercise, eat healthier foods, and generally shed a few pounds. You and I both know that, of the two of you, she is the more popular resident of the White House. No surprise. First Ladies often are. After all, they get to talk about warm, fuzzy topics, while presidents must tackle nasty issues like gasoline prices and foreign dictators. All that said, however, I have a bone to pick over this whole campaign.

As you know, I’m into running and a great believer in personal fitness. I would wager, that I could beat you and the First Lady in a marathon, even if you two made a relay out of it. And, like most Americans who struggle to get into shape, I’ve done it on my own. No trainer.

Now, let me make my position clear. I have nothing against personal trainers. I think they are great. I have nothing against people using them, and I recognize that plenty of who can afford such help get it. That’s great too. But when you are the leader of a nation, and your wife is the First Lady, and you’re urging regular Americans to get into shape, I think you set a much better example by showing that you can exercise the same way most of them do…on your own.

Look, I realize that you are very busy, but so are we. Our jobs are also demanding. We’re also contacted by email at all hours of the day. And, oh btw, you don’t have to cook meals, make beds, vacuum the house, pay bill, and take the dog to the vet. Perhaps you’re getting my point. When you try to set an example for people getting into shape, and that example relies on tools that most Americans can not afford, it really isn’t much of an example. Nor are those tools necessary. Jimmy Carter, Bill Clinton, and the 2nd George Bush all had active exercise regimens, and yet I don’t think any of them relied on private trainers on a regular basis.

I remember a super model, long ago, who said one of the most honest things I’ve ever heard from the celebrity on this topic. She told an interviewer, to paraphrase, “I don’t have any business telling average people how to be healthy. I have professional trainers who work with me every day. I have stylists to do my hair and makeup, and to pick out my clothing, while housekeepers take care of my home, and nannies take care of my children. Looking like this is my job, and it would be completely unfair to suggest that a normal person can attain this look without all that help hiding in the wings.”

All I’m saying is, if you really want to have impact, stop acting like rich people. Do it on your own like an average American must. If you succeed that way, then you’ll have a message that matters…and will be a lot more inspirational and honest than the way you are doing it now.