Video: Activist: We will all die in Syria

Anderson Cooper talks with activist Abu Abdo about the violence in Syria.

President Obama said he opposed super PACs, but now his campaign is encouraging donations to a super PAC supporting him.

Video: Reporter inside Syria while under attack

The BBC's Paul Wood tells Anderson Cooper about the constant attacks on civilians in Homs he witnessed while in Syria.

In an exclusive interview, James Clementi talks about the pain his family endures after Tyler's suicide.

Reporter's Note: This president, and others before him, have talked about the changing nature of war. Which, as I note in today’s letter, also means a change in society.

I noticed in the news today that the last veteran from World War I has died. She was a 110 year old woman in Britain who enlisted when she was just 17 and served as a waitress for the British Royal Air Force. Her name was Florence Green.

I won’t say her passing is a shame, because life come and goes for us all, and living to 110 is taking a much bigger bite of life than most of us will ever enjoy. But it is a shame that so few of us today have even the slightest idea what it means to share in sacrifice the way her generation and the folks in World War II did.

Unlike conflicts that have followed, those wars truly involved almost everyone. It was a rare family that had neither a family member, a friend, or neighbor in the fight. That was the nature of those wars; they were simply so massive that the population as a whole had to be involved to sustain the effort. Wars today, dominated by technology and increasingly by robots, involve a smaller and smaller percentage of people in our still growing nation. That is good, but I suspect the loss of common purpose is bad.

Wars, for all the death and destruction they bring, are terrible of course; but in the sense that they urge people to rise above smaller disputes and petty politics, they can be magnificent. Shared goals, fears, austerity, and hopes all swirling around a big center, have a way of making people push aside their smaller, individual complaints. I’ve heard it argued that perhaps it's the only thing that might actually unite the nations of the world.

Other big issues ought to produce that effect, but they don’t. You keep saying, for example, that we all need to pull together and share the burden of helping our economy improve. But then you, your fellow Democrats, and Republicans start talking more and it becomes clear that no one really wants an equal burden on all; what all of you want is a burden that hits your political friends less and your political foes more.

Anyway, I never met Florence Green, and while I don’t spend my days pining for the past, I do envy some of the times she knew, when citizens united around a serious effort to do important work, and succeeded. We all owe them a great debt. 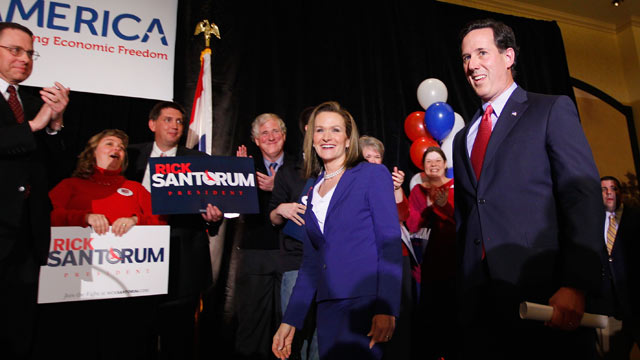 END_OF_DOCUMENT_TOKEN_TO_BE_REPLACED

Despite his imprisonment, Jeffs continues to rule over his followers. Gary Tuchman reports on his frightening influence.

Anderson Cooper looks at the best of the candidates speeches, following the Missouri, Minnesota, and Colorado contests.