The Syrian regime says life in Homs is normal, but the pictures and reports tell a much different story. In an emotional interview, Syrian activist Zaidoun gives voice to a reality of death and destruction.

About the WaPo/ABC News poll referenced in tonight's show

In tonight's broadcast, we reference a WaPo/ABC poll that suggests Romney's support in the November general election is waning. The Romney campaign has publicly questioned the methodology behind the poll. Our guest, Benjamin Ginsberg, a senior Romney campaign advisor, called it into question on air with us. To be fair, we think ABC News and the Washington Post should have a chance to defend themselves. Below, we've pasted their explanation of the poll and included a link to their site.

END_OF_DOCUMENT_TOKEN_TO_BE_REPLACED 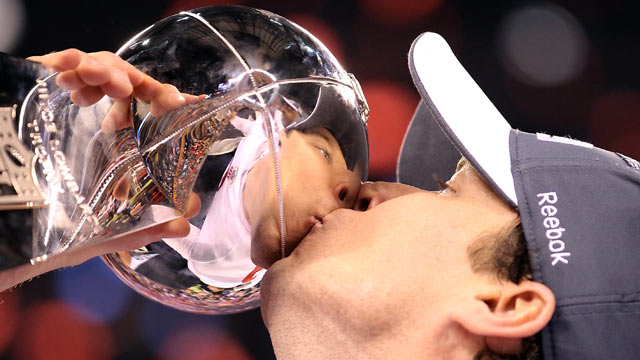 Congratulations to our winners!

Staff:
“Tom Brady gets the trophy wife. The Giants get the trophy!”
Ben

Viewer
“I knew I should have trimmed my nose hair before the game.”
Chris

Reporter's Note: The New York Giants won the Super Bowl last night. I invited President Obama over to watch the game, but he didn’t come. Still, no hard feelings; I’m writing my daily letter to the White House just the same.

That was a decent Super Bowl, I must say. Nice back and forth in the scoring. The Patriots were, as I predicted, about as exciting as watching a toaster. But they stayed in the hunt, and with the Giants giving at least some excitement to the play calling, it turned out to be reasonably entertaining. However, it says something about the “studied” nature of the contest that perhaps the most memorable part of the whole game was a running back accidentally falling into the end zone. To be honest, the only other moments that stand out at all are Brady throwing into that safety on his first play, and the one long pass down the sideline to set up the final score.

As is often the case, I wasn’t much impressed with the halftime show. Madonna has plenty of talent, but she sort of reminded me of one of those aging Euro-trash pop stars who keep trying to grind like 17-year-olds when their actual age and experience should be producing newer, deeper levels of material…not shabby imitations of what they used to be. Mind you, I’m not being sexist or ageist here. I feel the same way about Mick Jagger and Steven Tyler. In short, yeah, I know you were great twenty or thirty years ago…now what do you have that’s new?

On to the new work week. I notice a poll shows you doing better than you have been against your Republican challengers. Following the unexpectedly good job news last week, you must be feeling pretty positive. Congratulations, but as I always say, take it with a healthy dose of skepticism. The distance from here to the goal line in November is immense. Many things can change along the way that could help or hurt you. And you have to keep attacking each week as if it’s the one that will decide it all; otherwise you risk throwing a hail Mary of your own in October…and no sitting president ever wants the contest to come down to that.

(Btw: Not sure I would go with that “I deserve a second term” phrase…seems a little presumptuous, no? I mean, out of 300-million people, don’t you think some others might also, rightfully make that same claim?)

Anyway, I hope you enjoyed the game and the weekend. I was kind of surprised you didn’t call, but I assume you were caught up with friends and family. Next time!