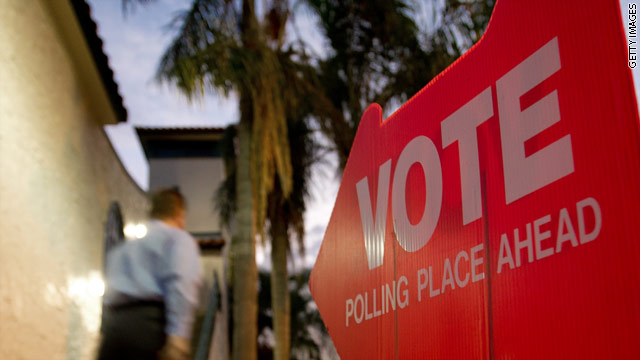 Yesterday, the stat of the day was that Wesleyan study suggesting a 1,600% increase (yes: that's one, comma, zero zero) in ad spending by outside groups this cycle.

Today, the stat of the day came courtesy of CMAG/Kantar Media, which tracks political ad spending. It found - no shock here - that the spots flooding Florida's airwaves since last Monday have been ovewhelmingly negative. And Newt Gingrich was by far the top target: more than two-thirds of the political ads that aired in the past week were anti-Gingrich spots, while just under 1 in 4 were anti-Romney. But here's a puzzler: almost 1 in 10 of the past week's ads were pro-Gingrich spots - while just 0.1% were pro-Romney. As in, one-tenth of a single percentage point.

But here's the thing: ads were a lot less decisive in this race than they were in South Carolina. Two-thirds of the voters there said they were an important part of that decision. Here in Florida, just 39% said campaign spots were important to their vote; 58% said they weren't.

So could the candidate who dominated the debate stage in Florida expect the same sort of result here? The answer's not quite that simple: one x-factor in Florida is the fact that thousands of the state's voters cast ballots before the candidates faced off there this month. In other words, when voters point to debate performance, they're not necessarily talking about last week's faceoffs; a big chunk of the electorate could have based their votes on nationally-televised debates from earlier-voting states like South Carolina.