Anderson Cooper and Isha Sesay discuss a golden cape made from the silk of spiders.

Prosecutors are trying what they say is a chilling honor murder that led to the massacre of half of the Shafia family.

Bill Maher predicts which presidential candidate will win in November and tells Anderson Cooper how he feels about the debates. 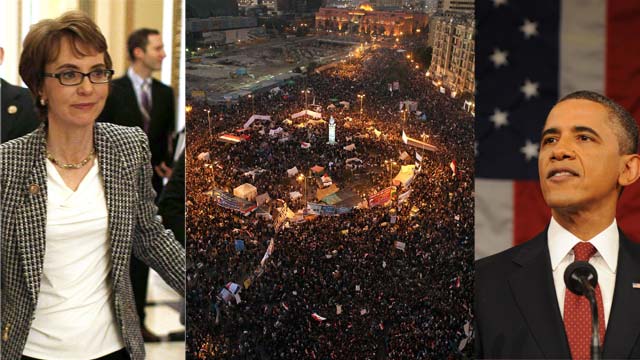 END_OF_DOCUMENT_TOKEN_TO_BE_REPLACED

In this preview, Anderson Cooper asks Bill Maher why he thinks Romney can't win. Watch the complete interview on AC360 at 8 and 10 p.m. ET tonight.

Reporter's Note: The reviews are coming in for President Obama’s State of the Union address, just like my letters come in every day to the White House.

Well, it seems as if your speech last night was received in the fashion one might expect: Democrats liked it, Republicans disliked it, and independents remain somewhere in the middle. That last group is the one I want to write about today.

I was with a focus group in New York, tracking their reactions to all you had to say, and it appears that you still have your work cut out in winning the independents back to your side.  You know as well as I do that you can’t possibly win re-election without them.  So, you may ask, what is the problem?

Fundamentally, in terms of last night’s speech, the issue is that your applause lines, the really big “Wow, you’re going to love this!” moments you had scripted, fell like stones into the sea with the indies.  Every time you turned on the whole “hope” and vision thing, they reacted with such mistrust and…well, almost contempt…that it was unmistakable.  Oh sure, individually, I’m sure some of them weren’t that bothered, but as a group, that was the reaction.  It wasn’t pretty.

When the speech was over, I asked them why they felt that way, and to paraphrase they said, “We’ve heard it all before. It’s just talk.  I believed him the first time, and I don’t anymore.”  To that end, it truly appears that your key moments are not compelling, but rather repelling to these folks.

Like I said, it is not pretty, and to be honest I’m not sure what you can do about it.  The only thing these people want (and btw, I’ve seen this effect in more than one place) is results.  They want to see substantial improvements in the economy, in bipartisan cooperation, and political leaders doing what the vast body of American citizens wants…not what the politicians and their special interest groups want.

That’s a tall order to fill.  But it is the key to re-election as far as I can tell.  Because words, no matter how carefully chosen, just aren’t cutting it for those voters anymore.

Anderson Cooper gets reaction on the State of the Union address from Republican South Carolina Sen. Jim DeMint.

Although Rep. Jeff Flake disagrees politically with Gabby Giffords, they stood together during President Obama's State of the Union address.

David Plouffe says President Obama is focusing on governing and helping the middle class, not campaigning.