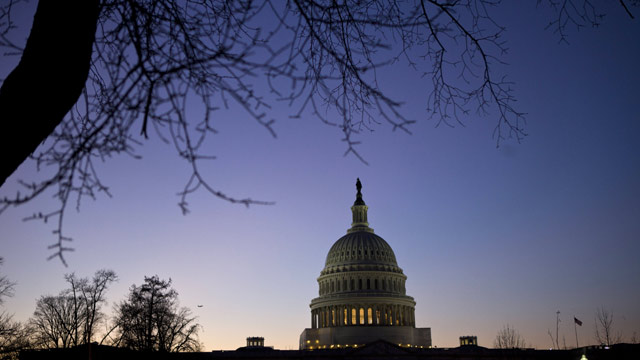 Tonight at 9 p.m. ET, Congress - just back from its Christmas break (yes, really) - will get an update on the state of our union. There is really only one answer to this question, the same way there’s only one answer when your great-aunt asks how you’re doing. It does not matter if you’ve just been dumped; if your dog has a bizarre and untreatable personality disorder; if your car still uses a tape deck, and the cassette permanently lodged in that tape deck is late-career Rick Astley. The answer to that question is always, always “fine.” And every year, no matter what, the President of the United States reports to Congress that the state of our union is “strong.”

The speech is, at heart, just a guide to what policies the White House wants to project as its priorities. Will President Obama see any of the proposals he’ll share tonight actually become law? If you’ve been watching any CNN at all, you know the answer to that question too: Probably not. And if they do, it won’t be be this Congress that passes them. Lawmakers have been publicly speculating that partisan gridlock may make this year’s session even more unproductive than last year’s, which was already the least productive of the post-World War II era. In other words: the most spectacular achievement we can probably expect out of Capitol Hill this year is a blazingly unprecedented new standard in unachievement.

So why do we care? Is it still worth tuning in tonight? Yes, it is.

END_OF_DOCUMENT_TOKEN_TO_BE_REPLACED

Reporter's Note: Tonight, President Obama will give his State of the Union address. I, on the other hand, am once again sending my daily letter to his address on Pennsylvania Avenue.

Look at us! You’re working on your State of the Union address, and I’m working on my 1100th letter to you! I don’t know how hard it is for you to work up that speech, but I find my letter pretty easy on this day, because once again, I am going to give you the State of Me, since I don’t suppose you can truly assess all of us without considering each of us. So here goes:

I’m feeling fairly happy, but that’s because I’m a happy guy. I am no more convinced this year than last that the economy is substantially improving; in fact, I remain skeptical except for my faith that mathematically things can’t stay bad forever. Adding to my skepticism has been the growing awareness of friends and family members who are feeling the squeeze the longer these rough times go on. On the other hand, I’ve kept my job, we haven’t gone wanting for anything important, and it seems like smart phones are still selling like popcorn, so certainly some neighborhoods must be doing just fine.

Whatever you did to reform health care has not reached my house. At least if it has, I can’t tell. Granted, we’re a fairly healthy bunch, but the costs all seem just as high and rising, and every time I have to deal with insurance or doctors it seems just as complicated as ever. Same with the whole green energy thing. I see a lot of companies advertising about how green they are, but on the street, precious little has actually changed. And oh, btw, how is it that every “green” product seems to cost twenty percent more? Wouldn’t you think that somewhere along the way someone would go green with something and say, “Oh hey, look…it also costs much less to make it this way!”

We know a lot of folks with kids in college, and the cost is still dreadful. I’m not impressed that we’ve made much progress as a nation toward improving our public schools either.

A lot of people seem meaner. Sure, I know plenty of nice people and I tend to look for the good in all, but it just seems as if the whole public sphere has grown ever snippier as the bad times roll on. Life also seems less fair. And yes, nobody ever told me it was going to be fair, but it seems less fair now and, for my money, not the way you think. You can carry on about the wealthy not paying enough taxes if you want, but I find myself troubled over the degree to which so many decisions in politics, the workplace, education…you name it…seem to be being based on things like need, or cronyism, or manipulation, and not enough on pure merit. You know who I want going to the best colleges? The best students. Who should run businesses? The best leaders. Who should be in public office? The people most intent and prepared to serve us, not themselves.

Anyway, other than that, I’m doing fine. I work too much. I need to play more. I still haven’t learned how to speak Spanish. But to echo what seems to be your campaign slogan, “Things could be worse.” Ha! Just kidding. Good luck with the speech tonight. No need to give me a shout out. Maybe just a little head nod.