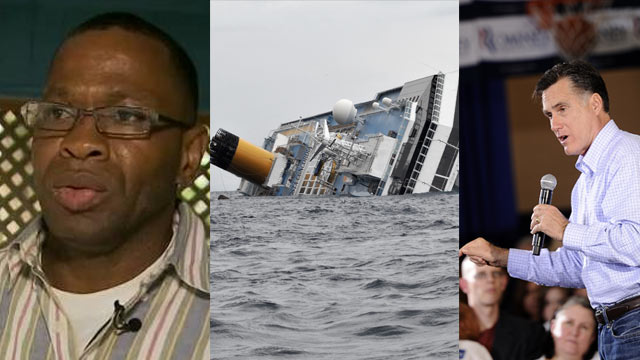 Eleven people are confirmed dead and about two dozen missing after the Costa Concordia cruise ship ran aground and capsized last week off the coast of Italy. And as the days go on, hope for finding more survivors is dim, according to experts. Rescue crews suspended operations on Wednesday after the ship started moving, according to the Italian coast guard. Since the ship rolled onto its side Friday night, rescue crews have since haulted and restarted their efforts many times. Butch Hendrick, president and founder of Lifeguard Systems, took us underwater to help explain the dangers these crews face. However, questions still linger about Captain Francesco Schettino’s actions as the ship hit rocks and started rolling onto its side. The captain seemed to give conflicting accounts in a conversation with the Italian coast guard, according to transcripts published by the Italian newspaper Corriere della Sera. First the captain said he abandoned the vessel, but then says he was “catapulted” into the water instead. We’re Keeping Them Honest. And one survivor says while she saw other crew members “doing the very best they could,” she’s “absolutely shocked” at the captain’s behavior.

Former Mississippi Governor Haley Barbour is defending his decision to pardon convicted murderers before leaving office. On CBS’s "This Morning," Barbour said he understands the frustration of the victims’ families, but the prisoners “redeemed themselves, they deserve a second chance.” Earlier this week, we took a look at the program that allowed these criminals to live and work in the governor’s mansion. Our investigation raises questions on whether Barbour violated procedures. We’re Keeping Them Honest.

According to the United Nations, more than 5,000 people have died in the violent crackdown in Syria and some believe the United States can help stop the bloodshed by providing defected Syrian soldiers with weapons. Do you think the U.S. has a role to play?

The Costa Concordia disaster is developing. Tune in tonight at 8 and 10 p.m. ET to see what type of legal action the cruise line could face.

Twelve girls say they are experiencing uncontrollable Tourette-like symptoms, and they all go to the same New York high school. Jason Carroll investigates the mysterious condition tonight, followed by a conversation with Dr. Sanjay Gupta.

We’re also talking to Newsweek’s Andrew Sullivan about his controversial cover story, “Why Are Obama’s Critics so Dumb?"

As we push forward into the election year, there are a lot of political events and milestones in the forecast! Tune in to tomorrow when CNN and the Southern Republican Leadership Conference host a Republican presidential debate in South Carolina at 8 p.m. ET. CNN’s John King will be the moderator and stick around for our post-debate wrap-up with Anderson.

For real-time coverage of the South Carolina primary on Saturday, watch the best political team on CNN.

Also, join CNN on Tuesday from 8 p.m. to 12 a.m. ET for special coverage on President Obama’s State of the Union address.

Happy birthday to Betty White who turned 90 on Tuesday! Over the past couple of years, she’s hosted "Saturday Night Live” and told Larry King her thoughts about being a sex symbol, so many memorable moments!