Video: Gingrich gets aggressive on the trail

On the day before the New Hampshire primary, Newt Gingrich gets aggressive. Gary Tuchman reports.

Anderson Cooper analyzes why a man changed his name to Beezow Doo-Doo Zopittybop-Bop-Bop, inevitably earning himself a place on the RidicuList.

CNN's David Mattingly looks at what South Carolina's evangelicals are searching for in this year's primary.

In an exclusive with CNN's Susan Candiotti, Phoebe DiPietro says she was not home when Ayla Reynolds went missing.

Tonight on AC360° Anderson is covering everything you need to know before the Republican presidential primary in New Hampshire on Tuesday night. Tune in at 8 and 10 p.m. ET. 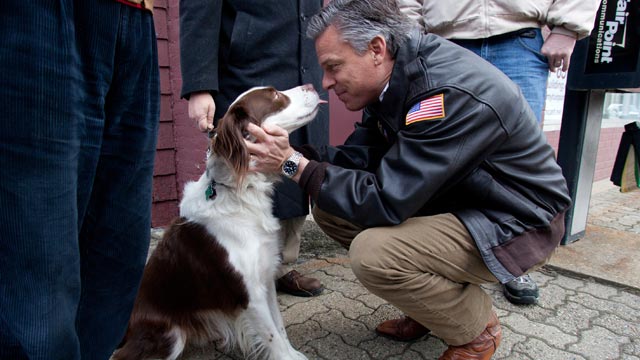 Staff:
“I know it’s a bit early, but I’m looking for a running mate that the voters will love. You’re on my short list.”
Joel

Viewer:
"I know just how to lick the competition. Trust me."
Susann

Reporter's Note: The Republicans are trying to take the White House from President Obama; and he’s trying to hold on. In today’s letter, I talk about a strategy that either side might use.

You haven’t asked me, but if you did (for that matter if any president did) I would be happy to give you my strategic assessment of how you should run for re-election. This is neither an endorsement nor repudiation of your policies; I’m just saying from a purely tactical point of view, I have a few ideas about how you could win.

And at this moment, with the Alabama-LSU rematch looming tonight, I would suggest an old football trick: Run the draw play.

Right now, you and your Republican foes are all arguably in a 3rd and long situation on jobs. Everyone knows you have to “go for” a solution. You have to talk about jobs, preach about jobs, pray about jobs, campaign about jobs, legislate about jobs, shake hands about jobs…there is simply no other issue that has the attention of so many voters.

Yet, there are elements on the left and right who really want to talk about other things: gay marriage, illegal immigration, church and state, and abortion to name a few. They are explosive, polarizing topics and frankly I suspect any candidate who gets lured into chatting about them too much can easily find himself in a morass. So my suggestion: start luring.

Step one: Periodically toss out a few bits of chum; a comment or two about incendiary social issues. You can bet your boots that conservatives will demand that their candidates respond, and those candidates will then spend one, two, or three news cycles explaining and re-explaining how much they disagree with you.

Step two: Abandon the issue. Don’t say another word about it. Your base will be happy you mentioned it; will call you strong for ignoring the challengers; and you won’t waste another minute on the topic.

Step three: Go immediately back to talking about jobs.

The net result will be that at a time when most voters really aren’t that concerned about social issues, you will essentially force the opposition to waste hours, days, weeks and more talking about just those subjects. And every hour they are not talking about jobs, you will be. Voila.

There is a catch to all this, however. Republicans could do the same thing in reverse. They could thrust you into endlessly mollifying your base by baiting you in the same fashion. So forewarned is forearmed!

Like I said, I’m not in the business of helping either side win, but this just seems like such an obvious tactic, I’ll be interested to see if you…or they start heading that way.

So whom are you cheering for tonight? I have mixed emotions. My whole family is in Alabama, we have several Alabama grads, and Tuscaloosa is still recovering from those terrible storms, so….

On the other hand, I love Louisiana, I have friends with children at LSU, the team has had a magnificent season, and imagine how wild it would be if LSU secured the college national championship and then the Saints won the NFL trophy!

I guess that puts me in the position of being one of those “I just hope it’s a good game” kind of guys. And I do.

Flying to South Carolina in a couple of hours and will watch it there, or I would invite you over. Next time.