Joe Biden is the tenth pick as Anderson Cooper counts down the best of the RidicuList in 2011, as chosen by the viewers.

Video: The fight to save baby Pierce

The mother of a child with a rare medical condition was battling Medicaid to get her child to Boston for surgery. Mothers of other children with heart problems joined together through Facebook to donate enough money to help Pierce with the trip. After the CNN interview and the efforts of the moms, the hospital in Indiana decided to pay for the transport, but Medicaid did not contribute.

Letters to the President #1064: 'Goodbye to the North Korean leader'

The question of whether or not a U.S. president should send condolences to a nation after the passing of its leader is one that doesn’t occur to most Americans, I suspect. The simple reason is that most often our relations with most countries is relatively civil, so why not extend the courtesy?

But the death of North Korea’s Kim Jong Il has rather thrust this topic into the spotlight, to wit: Should you, Barack Obama, extend a hand of sympathy at this time?

There are plenty of pros and cons. On the pro side, as I am sure you have discussed with your team is the gesture of goodwill might provoke some tiny inclination in the new leadership to think a little more favorably about getting along with everyone else, including us. It might make them somewhat more inclined toward nuclear disarmament talks, better relations with South Korea, who knows what? It also makes us look very grown up and mature as a nation, if that matters, and I suspect it does in a strange way.

On the down side: It can look like pandering. We’ve never liked the North Korean leadership. Plenty of analysts here saw Kim Jong Il as nothing but a half-crazy, narcissistic tyrant, who posed a real danger to the entire world. No need to go around acting differently now that he is gone, especially since it seems like the next generation of his family is all set to continue the same ways.

So what to do? I, for one, would probably send the note. Like I said, it makes us look stronger, more compassionate, and if it comes to nothing…well, so what? There is little reason to think it will make the situation worse. It’s like of like sending a Christmas card each year to someone who never sends one back. Sure, maybe it stings a bit to be ignored, but the mere act of reaching out keeps the door open for future relations, and that is a start.

Tonight in an exclusive interview, Lisa and Laura Ling share their eye-opening and frightening experiences in North Korea, and their thoughts on Kim Jong Il's death. We'll also hear from Bill Richardson on the future of North Korea. 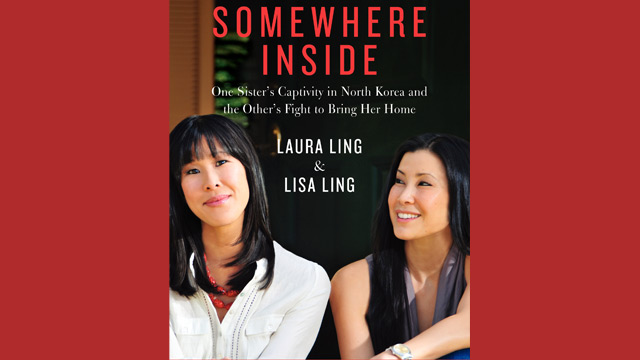 Editor's note: Laura Ling, along with her colleague Euna Lee, was violently captured by Kim Jong Il's soldiers while filming a documentary about North Korean defectors on the Chinese–North Korean border in March 2009. The story of her imprisonment and release are told in captivating detail by Laura and her sister, journalist Lisa Ling. Read an excerpt from their book "Somewhere Inside," and don't miss Lisa and Laura on AC360 at 8 and 10 p.m. ET tonight. They'll tell Dr. Sanjay Gupta about their experience within the borders of Kim Jong Il's secretive state and give their perspective on the notorious leader's death.

Chapter One
Somewhere inside north korea

Please do not share this letter with Mom or Dad as I do not want them to worry. I am trying so hard to be strong, but it gets harder and harder every day. It is so difficult to get through each day. I miss you all so much it hurts. I want my big sister.

As I’m sure you know, I am in the worst possible situation.
. .

We arrived in Yanji, China, on March 13, 2009. The mountainous region that borders Russia and North Korea is one of China’s coldest. As our team walked out of the airport, I clenched my fists tightly and hid my face in my woolen scarf to protect me against the bone-chilling, cloud-covered night. Over the past decade, I have made more than half a dozen trips to China—it’s where my father and his forefathers are from, and it’s always been one of the most fascinating places to work as a journalist. I’d reported from different parts of the vast country, but this was my first time in the northeast, where a large portion of the population is of Korean ancestry. The project we were working on had as much to do with something happening in neighboring North Korea as it did with this part of China, and being in Yanji, I could immediately sense a connection between the Korean and Chinese cultures. Signs are written in both Korean and Chinese characters; most of the restaurants serve Korean food. It would be easy for someone of Korean descent to blend in, without knowing a single word of Chinese.