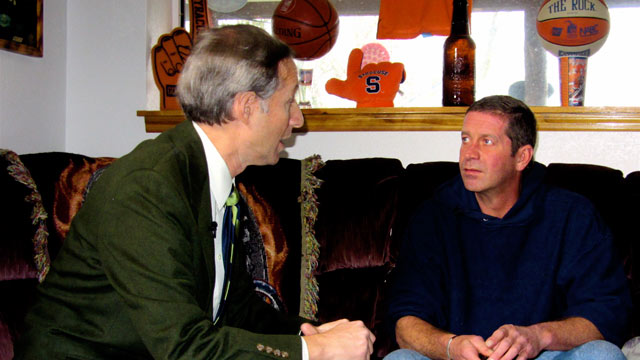 A cloud hangs over Syracuse's Carrier Dome, where the university's undefeated basketball team will play their first game tonight since Bernie Fine's termination.