Watch as CNN's Gary Tuchman knocks on the door of the Fine residence and speaks with Bernie's wife, Laurie

The ESPN reporter who broke the story on Bernie Fine's alleged scandal walks CNN's Anderson Cooper through the details.

A woman claims she had a 13-year affair with GOP presidential candidate Herman Cain. He says she was just a friend.

Letters to the President #1043: 'The legacy of right now'

Reporter's Note: I write a letter every day to the president, and while it is possible that some historian will look at these many years in the future…I doubt it.

Massachusetts Congressman Barney Frank says he will not seek re-election, bringing to an end a very long run in office. 16 terms. That’s a lot. Enough that one might ask, at the age of 71 why did he not tire of this work and decide to move on earlier?

His answer is simple enough: He cared deeply about some legislation that conservative Republicans vehemently opposed and he feared that without his stewardship…or at least his vote on the Democratic side of the aisle…his legacy would be in peril.

Fair enough. I can’t fault anyone for wanting his or her work to last. Hey, Greek sculptors did a pretty good job keeping their masterpieces around for thousands of years, so why shouldn’t modern folks try to do the same?

But when it comes to government, I tend to think it is a bit of a fool’s errand.

Government is a living, breathing thing that does, and should, change with the times. Political movements and public values come and go over decades. What we may think is a great idea now, we may reject as folly in the next generation.

Politicians are of the moment. They can shape our laws for their time in office, and can hope that some of their initiatives stand the test of time, but they should not bet on it. That includes presidents. I’m sure that you, like Mr. Frank, want to think that your accomplishments will affect American policy for many, many years. But the moment you leave office, all bets are off.

So my advice: Seize the day. No one in elected office, Democratic or Republican, has a promise of tomorrow. If you want to make a difference, make it now.

Hope all is well and that you enjoyed a nice Thanksgiving weekend. Hey, the Saints are playing tonight! Want to come over? Give a ring if you do.

Herman Cain tells Wolf Blitzer that a new accuser will make claims about an affair that are baseless.  Don't miss AC360° at 8 p.m. ET for details about the evidence, Cain's response and the fallout. 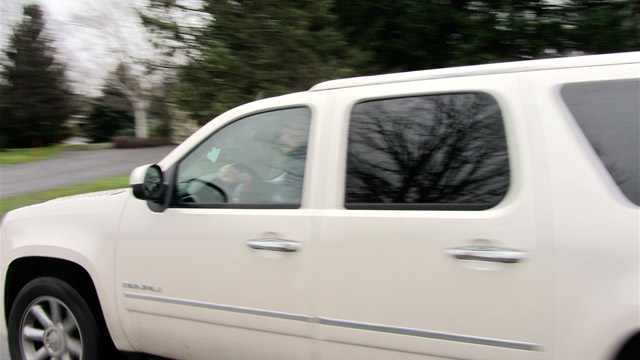 AC360's Gary Tuchman is at Syracuse University investigating the allegations against former associate men's basketball coach Bernie Fine. In the first photo, head coach Jim Boeheim drives past Gary and Producer Chuck Hadad as they try to ask him about the case. Boeheim and Fine happen to live across the street from each other. In the photo below, Gary knocks on Fine's door to speak with him, and instead talks to his wife, Laurie. Tune in tonight at 8 p.m. ET for Gary's full report.

The first post-Mubarak election is giving voters a sense of hope and change. Tune in to AC360° at 8 p.m. ET for more on the historic events shaping Egypt's future.

(CNN) - Since 2005, Bruno Serato has been serving up free pasta dinners to children, many of whom are poor and live in motels with their families.

Serato is an Italian chef and the founder of Caterina's Club, a nonprofit that provides dinner seven days a week to more than 300 children at the Boys & Girls Club in Anaheim, California. CNN asked Serato for his thoughts on being chosen as one of the top 10 CNN Heroes of 2011.

Bruno Serato: I was home, getting ready to go to work after talking to my mom in Italy over Skype.

I can't express the feelings I had at that moment. I was so happy. I was in tears. I wanted to scream like Tarzan! It was amazing news.

CNN: What do you hope this recognition will mean to Caterina's Club?

Serato: This gives me hope that I can make Caterina's Club a leader in resolving children's hunger in America.