The bipartisan super committee tasked with cutting the deficit was unsuccessful after promising they wouldn't fail.

There are questions about the safety of seafood in the Gulf following the BP oil disaster. Gary Tuchman reports.

Cabinet members in Egypt offered their resignations amid renewed protests and violence in Tahrir Square.

Reporter's Note: The so called super committee in Congress is having a very bad time trying to reach a deal, which must be depressing for the president.

Did I stumble into some sort of rip in the time/space continuum that has thrust me back into the past? I woke up today to news of riots in Egypt, a collapse in Congress over the debt, a guy plotting to set off bombs in New York, and an economy that seems as if it's simply frozen in place.

Seriously, it feels as if nothing has changed since January, which is kind of spooky when you think about it. Thank goodness Kim Kardashian is helping us keep track of the time by getting married and divorced quicker than a cat on a cockroach.

That said it is not a good thing for people to start feeling as if time is standing still. I know, because this weekend I ran a 52 mile road race and trust me…between miles 30 and 50 it felt as if the clock had stopped stone cold. It was just mile after mile after mile after mile of torment with no sense of making any progress. Up a mountain, down a mountain; into a creek, out of a creek; around one corner, onto the next corner. It was awfully hard not to quit. But I stuck with it. Despite the monotony, I looked for each sign of progress. I pressed on, and eventually I staggered across the finish line, cold, tired, and hungry.

I mention this because a) I’m rather proud of having pulled it off and, b) because there is a lesson in the effort.

Simply put, sometimes it does feel as if nothing at all is changing; as if we are in a terrible rut from which we may never emerge, and that can be discouraging. But that’s when you have to rely on your training and experience to keep you trudging on. Sure, maybe it feels as if we’ve slid all the way back into last winter at the moment, but with more pushing, more effort, more striving, perhaps we can get everything moving again. And why not? After all, the alternative…just sitting down by the side of the trail and weeping…won’t help at all.

For much of the country, the Deepwater Horizon oil disaster ended when the well was finally capped on July 15, 2010. Government predictions of the damage from millions of gallons of oil and dispersant were not as dire as many feared, media attention subsided and most people just moved on. But for those whose survival depends on the Gulf, they say they still live with the disaster every day.

“This oil disaster … was like a reoccurring nightmare. It was like a Hurricane Katrina every day. What is tomorrow going to bring? Are they going to be able to stop it? What's our lives going to be like?” said Clint Guidry, President of the Louisiana Shrimp Association. He added, “You still see a lot of that – so many uncertainties and so many question marks on what's going to happen to our fishery?”

That fishery could be in serious trouble from issues related to the oil spill.

END_OF_DOCUMENT_TOKEN_TO_BE_REPLACED 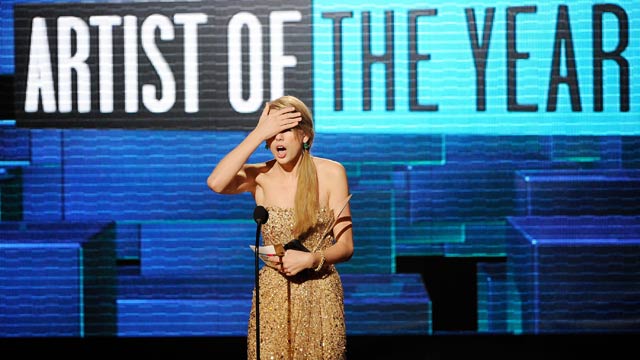 Ready for today's Beat 360°? Everyday we post a picture, and you provide the caption. Our staff will join in, too. Tune in tonight at 8 p.m. to see if yours is our favorite!

"Taking a page out of the Palin playbook, Taylor Swift reads her talking points off of her hand."
-Chuck

"Maybe if I can't see him, Kanye can't see me!"
-Jennifer 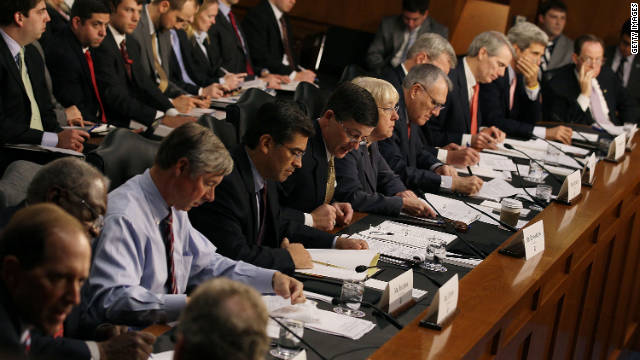 David Gergen: Have they gone nuts in Washington?

Editor's note: David Gergen will appear on AC360° at 8 p.m. ET to weigh in on the super committee's negotiations and today's political hot topics.

David Gergen is a senior political analyst for CNN and has been an adviser to four presidents. He is a professor of public service and director of the Center for Public Leadership at Harvard University's Kennedy School of Government. Follow him on Twitter: @David_Gergen.

Cambridge, Massachusetts (CNN) - Have they gone nuts in Washington?

Last summer, as the debt ceiling debacle ended, our political leaders held out high hope that a "super committee" would meet for 10 weeks this fall and forge a bipartisan agreement that would do far more to bring down the nation's deficits.

Everyone knew that members of the committee had deep differences.

Republicans complain that federal spending under President Obama has gone up dramatically and cuts should come there before any new taxes.

Democrats say that the rich have increased their wealth much more rapidly than the other 99% of Americans, while their taxes have gone down, so that the first order of business is to raise taxes on them. Both sides have valid points, worthy of debate.

Since 2009, the Atlanta-based nonprofit has provided about 150,000 bars of soap for communities in 10 countries, including Haiti, Kenya and Afghanistan.

Kayongo, a Uganda native, considers the soap he provides for poverty-stricken children "a first line of defense" to help fight disease. CNN asked him for his thoughts on being chosen as one of the top 10 CNN Heroes of 2011.

Derreck Kayongo: I was in my office at work, and I was really taken by surprise by this generous compliment.

It's very humbling and at the same time very rewarding to know that there are folk out there who think that we are doing something so important to human survival that it warrants recognition of this magnitude. On behalf of all the poor that live on a dollar a day, we receive this recognition with immense joy. Someone does really care!