CNN's Drew Griffin tried to talk to the officials who should have known about the 1998 allegations against Sandusky.

A panel of legal experts on AC360° discuss the evidence in the investigation and the allegations against Jerry Sandusky.

Critics of YouTube sensation Rebecca Black land themselves on the RidicuList on the heels of her latest music release, "Person of Interest."

Reporter's Note: President Obama gets a letter every day from me. Lucky man.

Maybe it’s just me, but I think the Republicans are convinced they have a great big, stinky fish on the line called Solyndra, and they are going to take their time reeling it in.

Because every single day they can keep that rotting whale rolling around in the surf, it is…to their eyes…an unavoidable reminder of where your White House went wrong.

Think about it: Not so long ago this solar energy firm was a shining symbol of so much of that hope and change you promised. Green energy. Jobs. A better future. Then things went south. A thousand people laid off. A $500-million dollar loan guarantee from the feds left flapping in the breeze like last week’s laundry. And you with egg on your face.

You have to admit, if the Republicans had a problem like that you and your Dems would probably not want it all settled too soon either. “Oh no, I’m pretty sure that dirty laundry is still a little damp. Let’s leave it out there just a bit longer.”

My advice: Buckle in and endure the ride.

Sure, your proxies can accuse the Repub’s of grandstanding and you can explain how some of their “facts” are either false or cherry picked to make the situation look worse than it is, but face it…it’s pretty bad, anyway. You were openly behind Solyndra as a symbol of what you wanted to do with the whole economy, and it crashed and burned. There is no way that is going to look good for you. And no way that the Republicans are going to let it go until they’ve wrung out every ounce of misery for your White House.

So, other than that, how is your week going? Weather seems a little wacky. Sunny one moment, cloudy the next; warmer, then cooler. It’s exhausting. 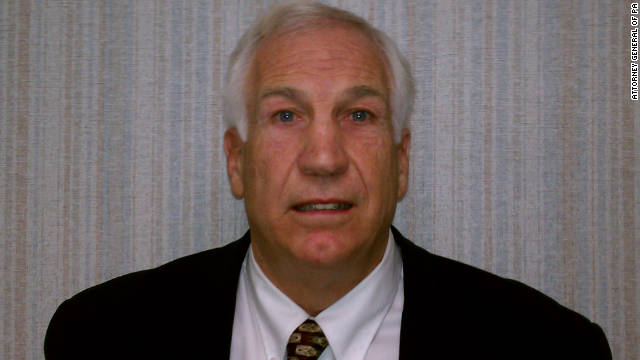 The former House Speaker has surged to the top of Republican presidential polls over the last month but is now forced to play defense against reports of his relationship with Freddie Mac. Gingrich Group was paid between $1.6 million and $1.8 million to lobby Republicans in Congress on behalf of the government-backed mortgage lender, CNN has confirmed.

Questioned about the reports on Wednesday in Urbandale, Gingrich said that his consulting company was paid by Freddie Mac for "strategic advice over a long period of time."

Two of the best sportswriters in the country, Christine Brennan and Buzz Bissinger, talk about developments in the Penn State sex abuse scandal.

Find out more about Buzz Bissinger's column for "The Daily Beast."

Anderson Cooper reports the new details in the investigation, including the school's exemption from releasing records.