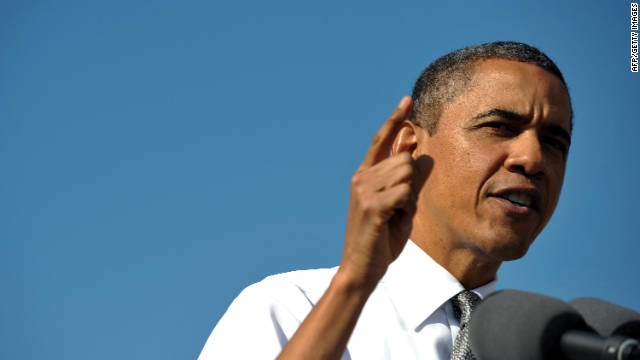 A year from election, how does Obama measure up?

Editor's note: John Avlon is a CNN contributor and senior political columnist for Newsweek and The Daily Beast. He is the author of "Wingnuts: How the Lunatic Fringe Is Hijacking America."

(CNN) - Is President Barack Obama running against the GOP or the GDP?

In exactly one year - November 6, 2012 - we'll be lining up at polling places to cast our votes for the next president. How much of that decision will be determined by economic data and poll numbers?

Some of the smartest political pros believe you can gauge a president's chances of re-election by looking at just a couple of key indicators - job approval, unemployment and growth in gross domestic product. Plug in the data and you get the election outcome - pure, unsentimental and simple.

To test this theory, I compared Obama's standing right now with those of recent past presidents one year before the re-election vote. Here's what I found:

There is no reason for overconfidence at Obama election headquarters - the man is presiding over a historically bad economy. But his popularity numbers could be worse, and a lot can change in a year. The most important factor is the momentum heading into Election Day - and yes, the opponent matters.

Reporter's Note: Just in case you are wondering, President Obama did not write to me this past week, despite my ceaseless, daily letters to him; keeping the streak alive on both fronts!

I keep thinking about all these global economic problems and I have concluded that the fundamental problem with working toward a more universal economy, sort of like what they've been trying with the euro on a smaller scale, is the same problem with communism: What might work in theory just doesn't in reality.

Look, some folks might like the idea of all nations being somehow equal, filled with mutual respect, and populated by nothing but happy, productive citizens. But I've always loved the idea of flying horses, too.

The simple truth is that we live in a world that is still filled with wildly different views about government, human rights, freedom, and social structure. Heck, we can't agree in our own country on how things ought to work!

This is the simple, and I suspect, unsolvable puzzle of the world economy. We want to stress the value of cooperation, but human nature stresses the inevitability of competition, greed, and survival instincts.

As a result, I suspect what we will see in coming years as the global economy tries to right itselt will be backward steps....at least for a time.

Many people, and certainly many businesses, may not like it, but I wonder if it may not be...like Elton John songs on oldies stations...inevitable.