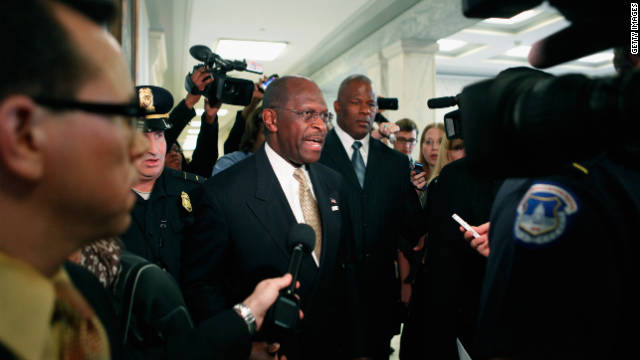 CNN)- If Herman Cain committed sexual harassment and is now lying about it, his goose is cooked and it should be. But if he is telling the truth, there is something terribly disconcerting about the way the Washington "scandal industrial complex" - full of reporters, former campaign workers and pundits - has reacted to this sad story.

After the story broke in Politico, Cain the next day denied that he sexually harassed anyone, which after all, is the core issue. Since then, other anonymous sources claim they too were harassed, without anyone really knowing what the alleged harassment entailed. He has been consistent, unwavering and on the record in his denial.

But that's not good enough for the way things work in Washington, where the manner in which he reacted to the news is said to be a sign of whether he would make a good president. He is being assailed because he remembered more information and therefore "his story changed," an unforgivable development for those who cover scandal news.