A Burmese python eats a deer before being killed by snake hunters. It's The Shot on AC360.

Lisa Vanderpump's song has Anderson Cooper singing a new tune about the musical efforts of the "Real Housewives." Her critics have earned a spot on The RidicuList.

Drew Griffin reports on the similarities between "Operation Wide Receiver" and the controversial "Fast & Furious."

In part two of Anderson Cooper's interview with Joel Bennett, the attorney for one of Cain's accusers says he heard someone from the National Restaurant Association leaked the story.

Watch part 1 of the interview.

Joel Bennett, an attorney for one of Herman Cain's accusers, told Anderson Cooper that his client believes the GOP presidential candidate is not telling the truth about the sexual harassment allegations.

Watch part two of the interview. 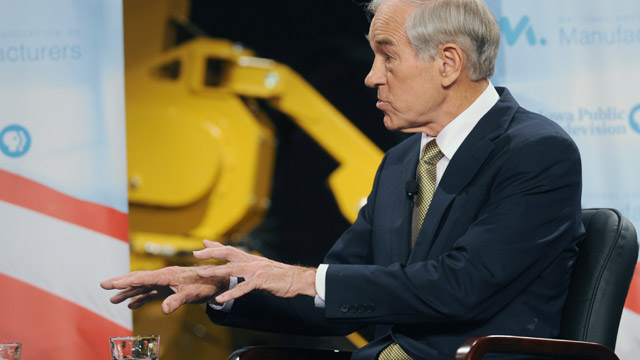 Now, for today's Beat 360°! Everyday we post a picture, and you provide the caption. Our staff joins in, too. Tune in every night at 8 p.m. to see if yours is our favorite!

“Constitutionally I shouldn't even be sitting on this chair or wearing clothes right now.”

"Desperate to narrow the field, Republican party leaders are forced to use 'Rock, paper, scissors' to choose a candidate."

Editor's note: At 8 p.m. ET, Anderson Cooper has in-depth reporting on the scandal surrounding Herman Cain's campaign, and the consequences.

Washington (CNN) – Republican presidential candidate Herman Cain on Tuesday blamed the passage of time for his inconsistencies in recalling the details of a sexual harassment allegation made against him in the 1990s.

“This was 12 years ago and I was trying to recollect this in the middle of an already busy planned day,” Cain told HLN, CNN’s sister network, in an interview Tuesday. "After 12 hours during the day, I was able to gradually recall more and more details about what happened 12 years ago. … I wasn't given the opportunity to think about it for the day before starting to answer questions."

Cain, who served as head of the National Restaurant Association from 1996 and 1999, spent much of the day Monday responding to a POLITICO report alleging that two female employees at the association accused him of inappropriate behavior during his tenure.

Letters to the President #1016: 'Seven billion'

Reporter's Note: I write to the White House each day. I have no idea if they have noticed, but since the Secret Service has not called, I'm guessing no.

Seven billion people in the world! I've been seeing headlines about the human species reaching this milestone for days, and I find it rather alarming.

Oh sure, everyone loves a cute baby, but seven billion of anything seems a tad excessive. And think of the potential problems: the ever growing demand for food and clean water, the competition for living space, and who knows if we'll have enough closets?

On a more serious note, I was talking with some friends just this weekend (and I'm pretty sure I've mentioned this to you in a previous letter) about how so many of our most serious issues, at their core, relate to our population running amok. Energy consumption, transportation, pollution, the health care squeeze, pressure on the habitats of other species, and on and on it goes.

Of course, many people do not want to talk about the idea of population control, because it so quickly runs up against all sorts of other sensitive issues, such as immigration, and abortion, and the ability of minority groups to grow into majorities over time.

But such timidity aside, every time we hit one of these major steps in human population I can't help but think that the day is coming in which we will have to engage this issue. And though I don't know what answers humans may produce toward stopping an endless expansion of our species, I do know we'll have more than enough people with opinions about it.

Hope your Tuesday is nice. Call if you can. I'll be in Canada for a few days, but still available. Do you want me to bring back some maple syrup?