Anderson Cooper follows up on allegations that President Obama is using his office and tax dollars to campaign.

CNN's Gary Tuchman reports on details about the recording of a phone conversation in the Bernie Fine case. He explains why the Post-Standard and ESPN didn't release the tape of Laurie Fine and Bobby Davis when they first received it in 2002. 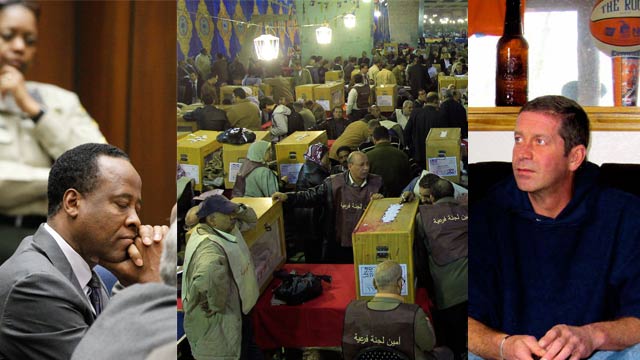 END_OF_DOCUMENT_TOKEN_TO_BE_REPLACED

Mike Lang, who accuses Bernie Fine of molesting him for a ten-year period beginning in 1982, speaks with AC360's Gary Tuchman.

A Vermont man is fighting Chick-fil-A for rights to print “Eat more kale” t-shirts. This David vs. Goliath story lands on the RidicuList.

Marcia Clark and Mark Geragos look at the the four year sentence Conrad Murray faces for the death of Michael Jackson.