Reality TV wonder Snooki convinces Regis to go shirtless. For that, he earns a spot on the RidicuList

Michael Moore says the 'Occupiers' believe capitalism is broken and government only serves the interests of Wall Street. Anderson Cooper spoke with him about the future of the movement and the ultimate goal.

Anderson Cooper reviews Obama's promises to keep lobbyists out of his campaign fundraising efforts and administration.

Letters to the President #1012: 'The new pipeline debate'

Reporter's Note: I write to the White House every day, like an insane trick or treater who just won’t go away.

So I understand that a good number of environmentally minded folks are demanding that you refuse the right for a new oil pipeline to be built from Canada to Texas. You can’t blame them. After all, this is the kind of issue that is custom made for their movement.

On the other hand, I am curious to see what you do about it.

In a practical sense, the decision should be easy enough. You consult with the best experts, see if it poses an unreasonable risk, then lower the boom. Of course, that decision is complicated by your calls…and those of many others…for us to move toward more energy independence. But still, it is basically a straightforward process.

In a political sense, however, this decision is much more complicated. You’ve said over and over that you favor green energy, so flying in the face of green energy voters is touchy. Then again, you DC types have always been good at counting, and I’ll bet my house right now that your strategists are asking two questions. 1) How many people will be upset if you let this go through, versus how many will be upset if you block it? And 2) Will those who are angry really hurt you in the long run anyway?

I’ve often thought that the environmental movement long ago neutered itself politically by climbing into bed so exclusively with the Democrats. All that does is tell you Dems that you really don’t have to do anything they want, because after all, they’ll vote for you anyway. And conversely, it tells the Republicans to ignore their issues, for…well, for the same reason…the green crowd is going to vote Democratic. Period.

If those who want your attention on this issue really want some clout, they would not waste time issuing potentially empty threats to you, but rather they would get serious about striking some kind of deal with Republicans.

Do they really want such a deal? Probably not, and it might be impossible anyway. But if they did that, I can almost bet they’d get more attention when they knocked on the White House door.

Hope your Friday is going well. Call if you can. Did you see the weather forecast? Potential snow on Saturday. Wow! Talk about a trick and a treat! 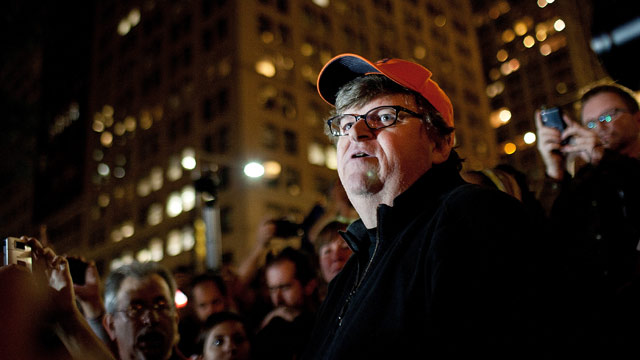