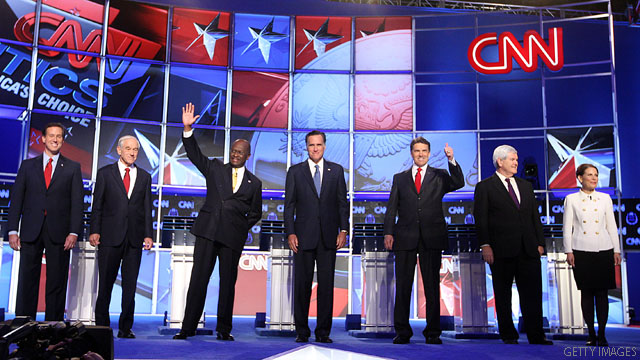 Tonight on AC360: Poll results in first 4 states to vote

Editor's Note: For more on the Republican battle for the presidential nomination, tune in to AC360° at 8 p.m. ET tonight.

(CNN) – Mitt Romney is on the top or tied for the lead in the race for the Republican presidential nomination in new surveys in the first four states to vote in next year's primary and caucus calendar.

According to CNN/Time/ORC International polls released Wednesday, the former Massachusetts governor continues to be the overwhelming front-runner in New Hampshire, holds a lead over the other GOP presidential candidates in Florida, and is basically tied for the top spot with businessman Herman Cain in Iowa and South Carolina.

But the surveys indicate that many Republican voters are still far from decided.