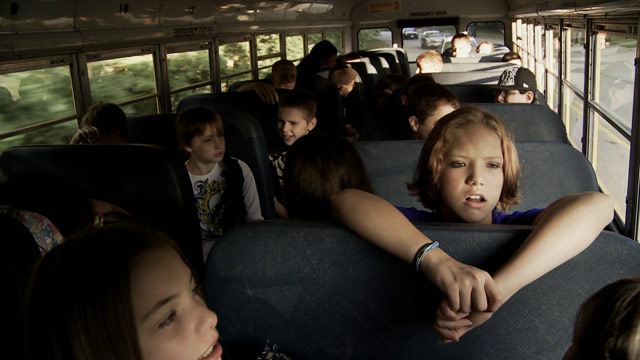 The jury at Silverdocs film festival perhaps said it best:

“The tortuous experience of youth is shared by many, but it is bravely revealed in this film through characters who confront their experience and work to reclaim their dignity.

The Filmmakers’ admirable degree of access shows the enormous trust established with his subjects. The result is a film that doesn't reduce people to their worst experience, but rather elevates them to a level of marginalized heroes and heroines we should all aspire to emulate."

Set for national release by The Weinstein Company on March 9th, 2012, our team is busy building a movement. In the coming months leading up to the release, look for powerful tools, fueled by exciting partnerships on our website. For example, parents will be able to enter their zip code and receive location specific resources and help—this means knowing what policy your child’s school has implemented, step by step assistance to communicate with administrators, and ways to hold your district accountable.

Movements, like films, depend on word of mouth. Please take a moment to watch our trailer, e-mail your friends, sign up on our website, like us on Facebook and follow us on Twitter. Each of us has the power to stand up to bullying in our schools and communities and join this movement. Together we can turn the tide on bullying.