On the brink of a partial government shutdown, House members are on vacation next week. We're Keeping Them Honest.

GOP presidential front-runner Rick Perry and the truth over his executive order on the HPV vaccine. Keeping Them Honest.

Sean Combs' new book dedicated to the female posterior finds its way onto the AC360 RidicuList.

CNN's Anderson Cooper talks to the mother of Amanda Knox who is hopeful for her daughter's murder conviction appeal.

"Do nothing" Congress: Join the Live Chat

Tonight, we’re following what critics are calling the “do nothing” Congress. On the brink of a partial government shutdown, House members are on vacation next week. We’re Keeping Them Honest. Plus, Amanda Knox’s appeal trial started today. We spoke with Amanda’s mother about the possibility of her daughter walking free. And the sky is falling! NASA says the falling satellite could hit the United States. 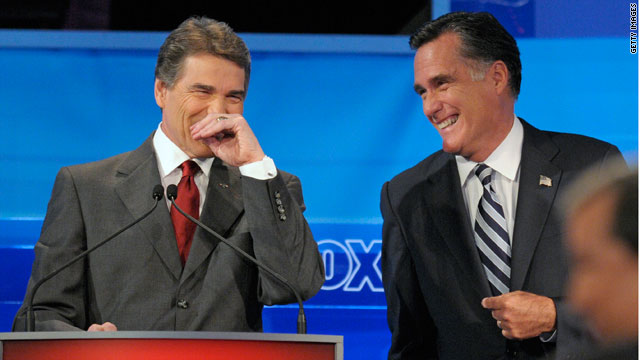 Viewer
Romney:  "And they should thank their lucky stars it wasn't Depar-TWO!!"
Zoe Carmichael

One of last year's CNN Heroes is feeding thousands of starving children in drought-stricken Somalia.

A Virginia Tech researcher has designed a high-tech car for blind drivers.

Letters to the President: #977 'Is that red meat you're selling?'

Reporter's Note: President Obama has been teeing up Republicans and driving them down the fairway as his re-election bid heats up. Still, I wonder a bit in today’s letter if he is also running a risk of winding up in the rough.

This probably sounds like a silly question because I think the answer is obvious for obvious reasons, but just for clarity: Have you completely given up on that whole idea of a post-partisan, “let’s all work together” new age of politics?

I ask because I’ve noticed your distinctly sharper tone on the campaign trail. Seems like every other day I hear you lobbing a water balloon into the Republican camp amid the cheers of die hard Democrats. I understand, in that some of your true blues have certainly wanted you to attack with much more vigor. It no doubt makes them feel much better each time you sound the charge and wade into the opposition like a wheat thresher.

As much as that may be satisfying, I can’t help but wonder what impact this will have on that big, middle market of voters which…as I and many others have pointed out before…are the reason you were elected. The polls suggested that a good number of them were fundamentally drawn to you because of your “let’s all work together” beliefs, and as much as they may resent the Republicans not playing ball, I’m not sure that means they are ready to slap on the full Democratic war paint in response.

To the contrary, I think they may find those words which resonate so well with the faithful, kind of a turnoff. Because, when you get right down to it, they loved the idea that you were different; that you were not just another politician; that you really believed in change and could produce it even in stodgy old Washington. And each time you go on a tirade, you sound like just the opposite. You sound an awful lot like dozens of other candidates we’ve heard on the left and right for years. You sound like a person with old ideas, not new ones, who is pandering to the old constituency, not a new vision.

I’m not trying to wreck on you. I understand your frustration and how good it must feel to let fly to the cheers of people who like you. But that could prove to be an indulgence which you can not afford. Because I’ll bet no matter how great it feels today, if it costs you the middle…and the votes you need to be re-elected…that’s going to make for a very bad tomorrow.

Just some thoughts. Give a call if you can.

Video: How to vote for your favorite CNN Hero

CNN's Anderson Cooper explains the voting process for CNN Hero of the Year.