Editor's note: Syrian official says he can no longer lie for a brutal dictator and resigns.

Editor's note: Anderson Cooper explains why a t-shirt, has added retailer JcPenney to the RidicuList.

Editor's note: Gary Tuchman investigates a faith based home for girls, where former residents say they were abused.

Editor's note: A volunteer firefighter talks to Anderson Cooper about the cleanup underway in Prattsville, New York, from Irene.

From months, Syrian government officials have been claiming civilians weren't being killed, or telling the outside world it's not what it appears to be. Tonight, keeping them honest, you'll hear from a high ranking government official who couldn't lie any longer. He resigned from the government and went into hiding, but he isn't running from the truth. And wait to you hear what the government is saying about what happened to him. Plus, a new study is released on the cancer risk for firefighters who at the World Trade Center site helping with recover efforts in the days and weeks after 9/11. And, we'll have tonight's other headlines.

Letters to the President: #955 'Are you ready for some…jobs talk?'

Reporter's Note: President Obama kicked up some dust by planning to address Congress the same evening as a Republican Presidential debate. Now the scheduling dispute has been settled, but I’m not sure the dust has.

I realize you’ve been through the wringer with Republicans over the timing of your “jobs speech,” and I don’t want to disappoint you now that you’ve finally settled on Thursday, but I have to tell you something: If you are not done by kickoff time for the Saints-Packers game, I’m changing channels.

I’m sorry, that’s just the way it is. I’ll Tivo your comments and catch up with them later, but c’mon…it’s the Saints! If I had my way you’d declare the day the national holiday, but if you must press on with business (and, in fairness, I know you do) I’ll be chanting “Who Dat?” and watching the guys in black and gold.

Look at it this way. If too many of us watch you instead of the opening game of the NFL season, we could trigger another labor dispute, another lockout, and suddenly the unemployment offices will be flooded with linebackers and wide receivers.

“Mike Vick! I thought you just signed a big contract. What happened?”

“Oh. Well, anyway, thanks for delivering the pizza.”

You don’t want that! No, of course you don’t. Neither do I, and you can bet your Nikes that Mike Vick doesn’t want it!

So if I have to switch over to the game consider it my attempt to help out; to be patriotic as it were. Hey, they’ll sing the national anthem. What else could we ask for…I mean, other than jobs? 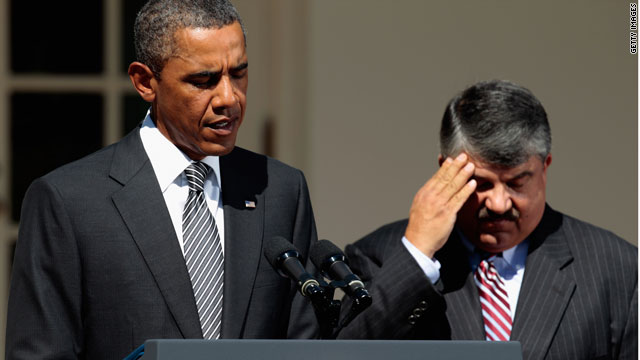