Video: Rep. Ron Paul on why he'd do away with FEMA

The RidicuList: Naked guy in the news

Editor's note: Hurricane Irene brought out a fan who wanted to "bare it all" during the news.

Letters to the President #953 'Embracing the economy'

Reporter's Note: The president is being hammered by Republican contenders for his office, chiefly on the economy. Meanwhile, I keep pelting him with daily letters. I’m not sure which is worse!

I went for a most excellent, very long run along the river this morning before heading into work, and you should have been there. Saw some great views over the Potomac, mockingbirds all over the place, many Great Blue Herons, and more than a few “almost” car crashes. All in all, a great trot through the nicely cool air that has come into town behind the big storm.

I was on Mitch Gibb’s radio show out of New Orleans last night and we were discussing the upcoming election, unemployment, and other matters of importance such as the Saints’ chances of winning another Super Bowl trophy in the next few years (I’m going with “excellent!”) Then Mitch said something along the lines of, “I think the president is still saying that this economy is the fault of President Bush, but I don’t think voters are buying it.”

And I think he is right.

Sure, the economy was nose-diving hard when you took the rudder, and I’m not sure anyone could have pulled it out quickly. But in our fast-moving, short attention span world, I suspect a lot of people already consider that yesterday’s news. And after you’ve spent a few years sitting in one of the most powerful seats in the world, whether you are Democratic, Republican, or Independent, let’s face it: You’re going to have a hard time not being tagged with some of what has gone wrong. It is human nature.

So the advice I would give you or any president is to embrace it. Stand up proud and tall and say, “We were handed an economy in flames, and I’ll be the first to admit that some of the things we thought would douse the fire just haven’t worked. I like to think we made some things better, but that does you no good if you are broke, our of work, and watching the value of your house slide down the hill. Here is the thing though: We’ve learned from our mistakes. So do you want to bet on the ability of someone else who has never dealt with these issues; who is precisely where I was three years ago, or do you want to keep me here building on the knowledge I have gleaned?”

Again, this is the advice I would give to any president from any party, and I’m not choosing sides, but I think it might work. It involves risk, in that the GOP’ers will certainly crow, “Why even the president doesn’t think this policies have worked!” but it is a risk worth taking. Because I think American voters can deal with mistakes a lot better than they can deal with feeling misled, or like they are being sold a bill of goods.

Just a suspicion, but if you want to keep you job, I think it may be work considering.

Btw, did you try to call late last night? I woke up and thought the phone was ringing, but then decided it was not. 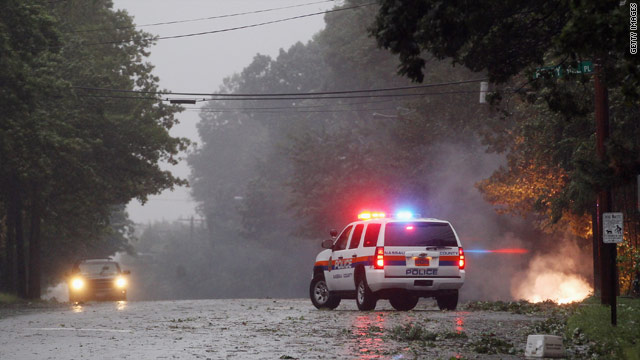 New evacuations orders are in effect for parts of New Jersey tonight due to the flooding in the wake of Hurricane Irene. We'll check in with our reporter on the scene. Plus, Texas Republican Congressman Ron Paul talks about why he thinks FEMA needs less funding. And, we're Keeping Them Honest in Syria where the government insists it's not killing it's own people, including children. But wait till you hear what the U.N. is saying tonight.