Editor's note: Gary Tuchman is in Vermont where the flooding is particularly bad in the wake of Hurricane Irene. 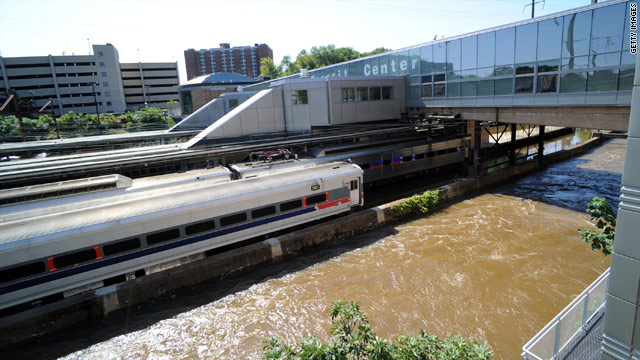 Trains were idle Monday at New Jersey's Trenton Transit Center because of water on the tracks from Hurricane Irene.
August 29th, 2011
07:43 PM ET

The skies have cleared, but flooding is still a top concern after Hurricane Irene. Many rivers and creeks are expected to crest in New Jersey and bring new flooding. We'll also take you to Plattsville, New York, which was washed away by the storm. We'll talk to a reporter from YNN who is stuck in the Catskills town. Plus, polygamist leader Warren Jeffs is in a coma in a Texas hospital just weeks after he was convicted of sexually assaulting two girls he claimed were his "spiritual wives." And, we'll have the latest developments from Libya. 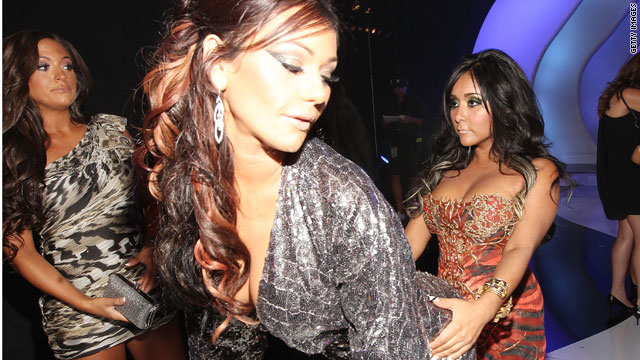 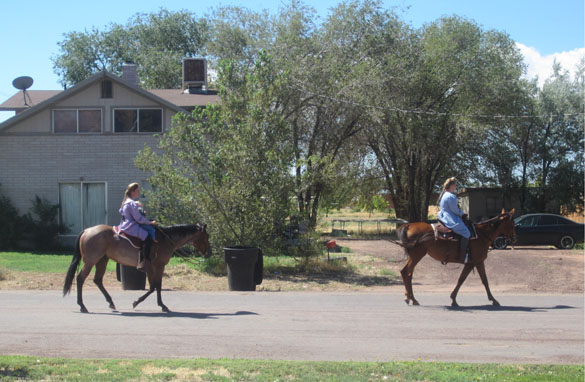 Today, I’m writing this blog from a small hotel room not far from the FLDS community of Colorado City, AZ. Gary Tuchman, photojournalist Steve Coppin and I flew into Las Vegas last night and took a 2 -hour drive north to St. George, Utah where we stayed the night before driving another hour to Colorado City, AZ., home to the FLDS, which practices polygamy.

We came here to interview former and current members of the community about the conviction of their prophet, Warren Jeffs last week in Texas. Jeffs was convicted of 2 counts of sexual assault of 2 girls, 12 and 15 and sentenced to life in prison plus 20 years. We wanted to find out what the community here thought of the trial and what their reaction was to the news that Jeffs would be in prison for the rest of his life.
END_OF_DOCUMENT_TOKEN_TO_BE_REPLACED

Letters to the President #952 'The economy comes around again'

Reporter's Note: The president is back at work. Meanwhile, Irene, has run off to Canada! Here is today’s letter.

Let’s see, the hurricane is past; Libya seems to be growing a little stale; the Republicans don’t seem to be eating their own at the moment…uh oh, I think people are going to start talking about the economy again. Actually, I’m pretty sure a lot of folks have never stopped talking about it.

And you can’t blame them. When you don’t have a job, or you are living in mortal fear of losing one; or your house value and retirement funds have cratered; or you’re watching the kids wrap up high school without a clue on this planet how you’ll pay for college, it is kind of hard to get too worked up about other matters.

So, like I said, even though you are just back from vacation I’m pretty sure you’re going to hear a heavy chorus of that song that has been ringing in your ears ever since you took office: What are you going to do about the economy?

I noticed that you have a new economic advisor. Alan Krueger. I know that you are ginning up for a big speech next week on how Washington might be able to get the economy back on track. I hope he can help, because it seems like a truly daunting task and I don’t think any president, Democratic, Republican, or otherwise, could get it done in any short time.

I was thinking about how you were pounding on the Republicans some months back with that whole, “the car of the economy is stuck in the ditch, and the Democrats are trying to drive it out, but the Republicans keep pushing it back in!” or something like that. I have the feeling that, even though you may still feel that way, you may be regretting those words now, because next year if not sooner, you can bet the Republican candidates are going to slap that on you over and over and over again: “Well, Mr. President…the economy is still in the ditch! You’ve been in charge for years now and whether we’ve helped or not, you have yet to maneuver it to the middle of the road!”

It’s not going to be pretty. But that is going to be the way of life. So even if it is unpleasant to hear all the economy talk no sooner than you’ve cleaned the sand out of your sandals, get used to it. I suspect you’ve enjoyed your last even reasonably relaxing vacation before the next election. Oh sure, you may take some breaks, but they will be amid a growing economic and political storm which will make our recently departed pal, Irene, look like the proverbial tempest in a teacup.

Call if you can. Did you see my Saints in the pre-season game against the Raiders? I know that pre-season doesn’t really mean anything, but it was fun to watch.