Editor's note: CNN producer Jomana Karadsheh explains being held in Tripoli's Rixos Hotel and how the journalists were set free.

Video: The manhunt for Gadhafi

Editor's Note: CNN's Nic Robertson and John Burns of the New York Times on the opposition fighters' search for Gadhafi.

Editor's Note: Anderson Cooper talks to Stephen Flynn about low-lying areas in NYC that could be at risk for flooding.

Hurricane warnings and watches are posted for parts of the east coast of the U.S. tonight as Hurricane Irene takes aim. We'll have the latest. Plus, opposition fighters in Libya searching for Moammar Gadhafi. They claimed they had him surrounded in Tripoli. We'll check in with our reporters in Libya.

Letters to the President #948 'The coming storm'

Reporter's note: The federal government and a lot of local governments too are preparing for Hurricane Irene to sweep up the east coast. I, in addition to writing today’s letter, am just preparing to sweep up…after it passes.

It sounds as if the entire eastern seaboard is bracing for this hurricane, and yet being the old hurricane hand that I am, I’m not too worked up at this point. I think that these things should be taken seriously and with a lot of information, but not necessarily with a lot of alarm.

The good thing about hurricanes, of course, is that compared to tornadoes or earthquakes they are highly predictable. Sure, we may not know precisely where this one is going, but we have some pretty good guesses. And we can bet that Montana is not on the list.

Ha! Although, weirdly enough, there have been big storms in the past that caused more damage and loss of life far inland than they did on the coast because of torrential rains, flooding, and yes…tornadoes.

You probably noted that several east coast governors have already, preemptively declared their states to be disaster zones. I suppose with as many people as we have living in this region that is a smart move, but it seems a little odd. I would not be surprised to see my power company, which is notoriously unreliable, go ahead and pull the plug on us all in response. “Hey, you’re going to lose power anyway. This cuts the suspense and lets us save a few bucks!”

Have you ever been in a hurricane? I mean, right in the belly of one? It is quite thrilling: The roaring wind, the ripping rain, and the waters rushing across the roads. Of course, it is an excitement that can be taken only to a certain measure. At some point, some of them become highly destructive and deadly and then all the fun is over.

Anyway, I hope the federal preparations for this one are going well. As you may recall, the feds don’t exactly have a stellar record in recent years for dealing with big storms and their aftermath. So good luck. Let me know if you need any advice or help. At least as long as the cell phones hold up, you can give me a call. 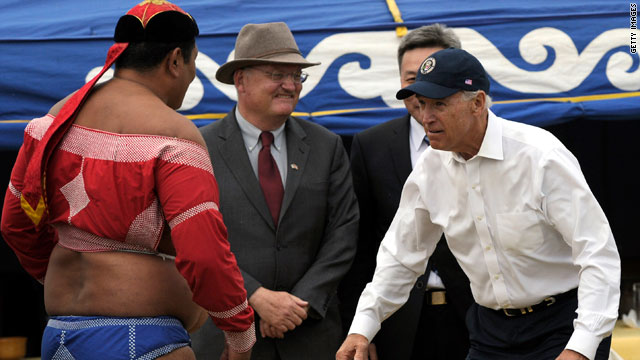 Viewer
"Why Wonder Woman, you sure have gotten a little huskier since I saw you on the TV back in the 80s!"
Sharon Fravel

Staff
“Okay, I take that back. Clearly, you’re kind of a big deal.”
Sam Meyer