Editor's note: CNN's Matthew Chance talks about his escape from Rixos hotel in Libya after being held there at gunpoint

Editor's note: In preparation for Hurricane Irene, a look at what happens when a hurricane makes a rare stop in the northeast.

Video: Chance's behind the scenes escape

Editor's note: Matthew Chance gives an behind the scenes look at his escape from Rixos hotel in Libya.

Editor's note: John Burns of the NY Times and Arwa Damon talk with Anderson about the search for Gadhafi.

Letters to the President #947 'The plagues!'

Reporter's Note:The president is enjoying his time off. At least in theory. Hopefully this letter with help.

Earthquakes, hurricanes, Russian spaceships exploding, and upheavals overseas! I’m not sure if all of this is my fault or yours, considering that we both went on vacation, but certainly it is a lot more than we bargained for, eh?

I have to admit I did not even feel the quake. I was running at the time and heard the rumble, but assumed it was a distant truck or something. Even hearing some car alarms go off for no apparent reason did not make it click in my head. My wife and younger daughter were in the house and say the dishes were dancing in the cupboards! No real damage, but we’ve been straightening pictures and mirrors ever since.

I don’t believe in bad luck, as such. To quote Michael from The Office, “I’m not superstitious. I’m a little stitious.” Still, it does seem as if the planets are a tad out of kilter lately. And when life gets this way, in my experience, the only thing is to hang on tight and brace for what is coming next.

My bet, based on a lot of Bible reading as a younger man, would be wildfires, locusts, or torrential rains filled with frogs. Hmm. Now that I think of it, those last two seem a bit far fetched, but then if you’d told me that we were going to be talking about cracks in the Washington Monument this week, I would have considered that a long shot, too.

I am reminded of a story I read of a Colonial settlement where the sun one day was mysteriously blocked out by a massive cloud that plunged the whole town into a premature and frightening night at noon. It grew so dark, that oil lamps were brought into the town council meeting where a furious debate was underway about whether everyone should quickly adjourn and go home. As best I can recall, one local leader stood up and said something like, “Look, folks, this is either the Judgment Day, or it is not. Either way, I would like to be found doing my duty.” And the meeting then settled down and progressed as usual until the great cloud slowly gave way and the sun returned.

So keep your seat belt on, your eyes open, and let’s all keep doing our duty, come what may; although you might want to give the Vice President a call: “Biden, get the National Guard on the phone. Tell them to prepare for everything!” 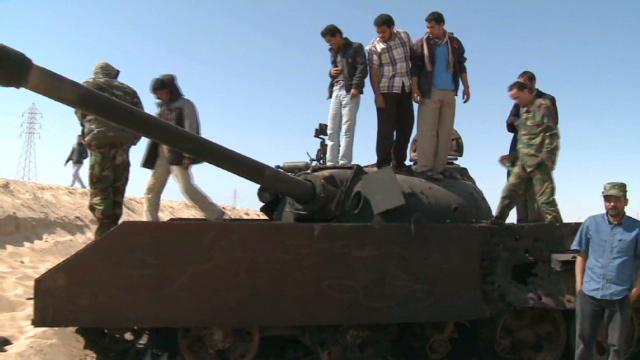 Tracking Hurricane Irene and the Battle for Tripoli: Join the Live Chat

Hurricane Irene is striking the Bahamas and taking aim at the U.S. It's expected to grow to a category four storm when it goes into the open waters of the Atlantic Ocean tomorrow. We'll have the latest on it's projected path. Plus, pro-Gadafi forces try to halt the momentum of opposition fighters in Tripoli. We'll have live reports from our reporters in the Libyan capital. Plus, tonight's other headlines. 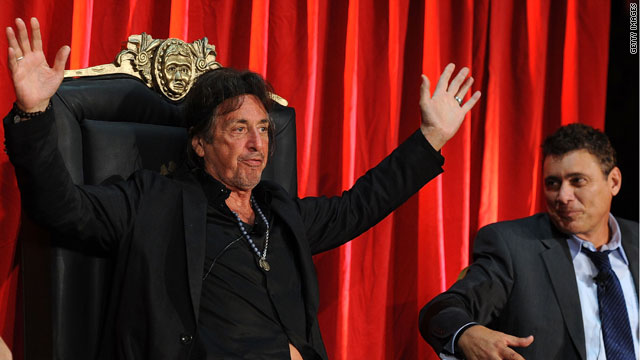 Staff
"Even with a price on his head, Moammar Gadhafi can't resist the lure of cameras, and surfaces in L.A."
Marshall Arbitman