Editor's note: Gary Tuchman reports on an author who says you must spank your child and a couple who killed their daughter doing it.

Editor's note: Rep. Michele Bachmann seems to be running from her own past statements about sexual orientation and civil rights. 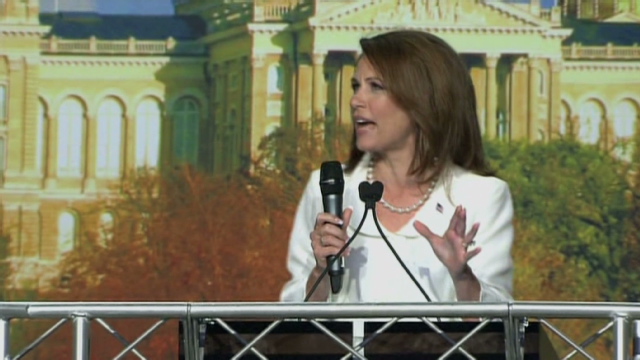 After winning the Iowa Straw Poll, Congresswoman Michele Bachmann is now a frontrunner in the Republican primary race. But keeping them honest, she also seems to be running from her own past statements about sexual orientation and civil rights.

What do you think about Bachmann’s sudden silence on a topic she once was anything but silent about? 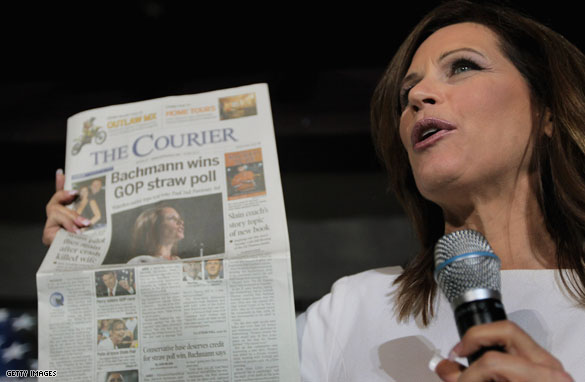 Republican presidential candidate Minnesota congresswoman Michele Bachmann holds up a copy of the local paper with her picture on the front as she speaks at the Black Hawk County GOP Lincoln Day Dinner August 14, 2011 in Waterloo, Iowa.
August 15th, 2011
07:01 PM ET

Viewer
"You can’t pray me away!"
Mary Anne Landers

Staff
"Take note Tina Brown… I am not deranged looking on THIS cover!"
Ben Finley

Letters to the President: #938 'Run like a runner: part one'

Reporter's Note: The president is running for re-election. I’ve just been running a lot. For the next few days, I will try to share some of the lessons from my experience in a way that might help him…or any other contender…prepare for 2012.

Perhaps you have noticed in my letters a peculiar trend in recent months: I have been running like a fiend. Like a shoplifter. Like a man on fire. Miles and miles and miles. A challenge from one of my daughters to get back into the marathoning game after about 25 years absent reawakened the urge, and I have been Dr. Sneakers ever since! Over the past week alone, I’ve probably scampered about 60 miles. Maybe a few more. Maybe a few less. But a good many no matter how you slice it.

And it has occurred to me as I have happily trotted along, that there are certain lessons that come from running which apply to everyday life; and certainly to the “running” involved in political campaigns. So for the next several days, I’m going to write about that a bit.

Don’t worry. This is not a “Hey, Mr. President, you need to exercise more,” thing. I’m sure you get plenty of that from the First Lady. Ha! To the contrary, I admit that distance running is a passion for some, an acquired taste for others, and for still others, something that should not be attempted unless you are being pursued by a mugger. (And in your case, I suspect those legions of Secret Service guys would make him regret any attempt to snatch your wallet before he made it two steps.) This is more about the principles involved in taking on something that requires commitment, discipline, and the ability to meet and overcome obstacles.

So let me start, as we do in road racing, at the beginning; with the most basic and obvious lesson for anyone who takes up running with a goal in mind (such as a marathon): Have a plan. I don’t mean a “I’d better stay on this road or I’ll get lost and devoured by bears” plan; but a sharp outline of where you are…where you are going…and what you intend to accomplish along the way.

In my ‘20’s, I ran just for the sake of running even when I had a marathon looming on the horizon. Day to day, I would strap on my shoes and take to the trails, sometimes doing a couple of miles, sometimes six or seven, sometimes ten or fifteen. There was no rhyme or reason. It depended on my whims. As a result, I did not build upon my successes, but stumbled along hoping I would be ready by marathon day. Invariably, I was not. Oh sure, I made it through the race, but it was sheer survival, and I paid a terrible price in aching legs and blistered feet.

Not anymore. I no longer have the energy and elastic legs of youth, but I am a much, much more cunning runner today. Before attempting my comeback marathon earlier this year, I found an excellent Runner’s World training plan online and I followed it religiously; hitting the training hard and seriously, and using the off-days for recovery precisely as prescribed. The result: Instead of confusion and wasted effort, I felt myself steadily improving and benefiting from all that exertion.

Not only my first, but also my second marathon this year, were pleasures. And I expect the others that I have planned for later this year will be too.

I realize that having a plan may sound shockingly elementary, but you’d be surprised at how many people I have passed in big races this year, gasping along, cursing the course and everyone on it, clearly because they never really came up with a plan for the day.