Editor's note: CNN's Anderson Cooper explains why his doppelanger might actually be feline.

Editor's note: TX governor with Presidential ambitions and a track record of saying one thing and doing another.

Texas governor Rick Perry is expected to announce his bid for the White House tomorrow. His supporters call his economic policies the Texas miracle, but they fail to mention the billions of dollars in federal money used to support it. We're Keeping Them Honest. Plus, in Crime and Punishment, the audio tapes used to convict polygamist sect leader Warren Jeffs of sexual assault of a child. They brought many of the jurors to tears. We'll play some of it for you tonight and talk with two former member of Jeffs' sect.

Letters to the President: #935 'Sizing up the super committee'

Reporter's Note: The White House says it will stay involved as the Super Committee deliberates on the deficit and debt. I will also stay involved with my daily letters.

So the big Super Debt Committee is all lined up. How exciting! It’s kind of the Congressional equivalent to the Olympic team being named! What sport? Hmmm…I’m going to go with the Super Downhill. Ha!

Actually, I’ve looked over the roster pretty closely and I think there is (surprise!) some reason for hope that these folks might come up with something good. Well, of course, I mean good in a relative sense. Considering the state of the economy I’m not sure that even the most reasonable compromise will feel all that positive.

Of course both sides jammed in hard core partisans who will defend basic points of contention as if they are guarding the gates of Troy, but I am impressed that there are also sufficient numbers of folks on the committee who know the economy, who understand budgets, and just as importantly, know how to spot a workable compromise when it comes around the corner. That last part is key.

People who want to disagree can always find a way to do so. Just visit any divorce court and you’ll find ample evidence of that. But having a few people at the table who remember what it was like when the major parties knew how to work together, even amidst disagreement, could make a big difference. Those voices, I hope, will be able to gently and yet firmly guide the partisans to those places in which agreement is possible.

For Republicans, that will probably mean figuring out how to raise revenues while offering a plausible explanation of how those measures do not constitute tax increases. For Democrats, it will probably mean helping them forget the brutal rib-kicking they took in the last debt deal; and helping them swallow the fact that even more cuts may well have to come.

Make no mistake about it: The idea that these folks are going to grind out a workable deal in a few months while tackling problems that have vexed Congress for years is a long shot. But it is also our best shot at the moment.

So here’s wishing them well. Time is short. I went for a very long run this morning and I must say, I can already see the early signs of summer fading and autumn coming on. Better dig out the old White House leaf blower and make sure it is working! Ha!

Give me a buzz if you have a moment tomorrow afternoon. Seems like forever since we’ve talked. 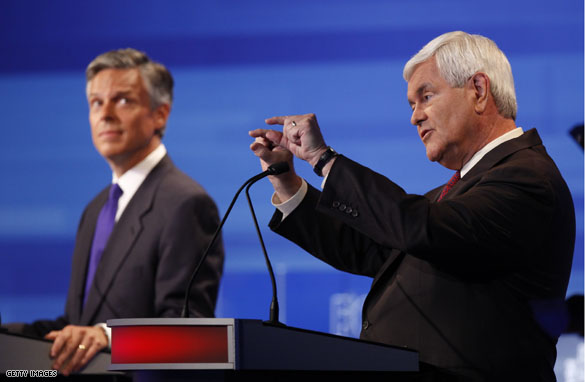